Back from my second trip to Orlando in the past month and decided it was time to get a post or two up.  I decided that today I would go with the LIFO method (last in, first out) and share something I got in the mail yesterday.

I picked up a 4 card lot that I came across accidentally.  I still have an eBay search that shoots me daily emails of new 2018 Willie McCovey cards and I saw a posting with this title "Topps Inserts Sp Willie McCovey,Rickey Henderson,Hank Aaron,Ted Williams 2018."  I already have the McCovey SP parallel from last year's Topps but the picture is what piqued my interest: 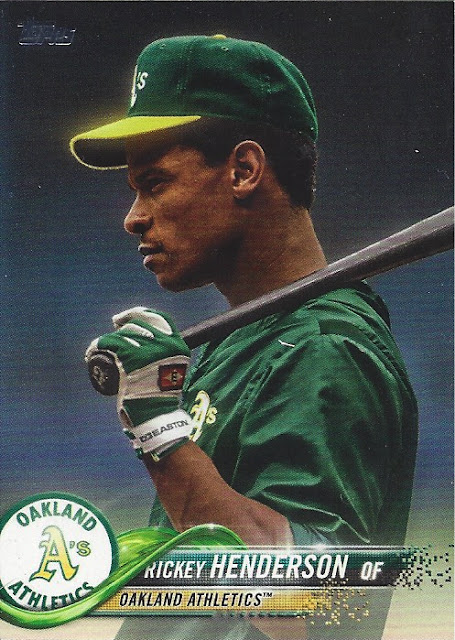 I hadn't picked up this Henderson card for my Rickey collection so I decided to put in a bid.  The post listed 3 other HOF names but only showed two pictures: 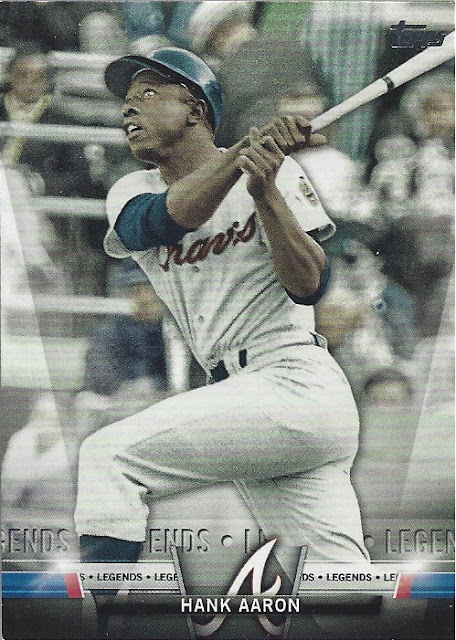 I nice Hank Aaron insert but one I already had, and: 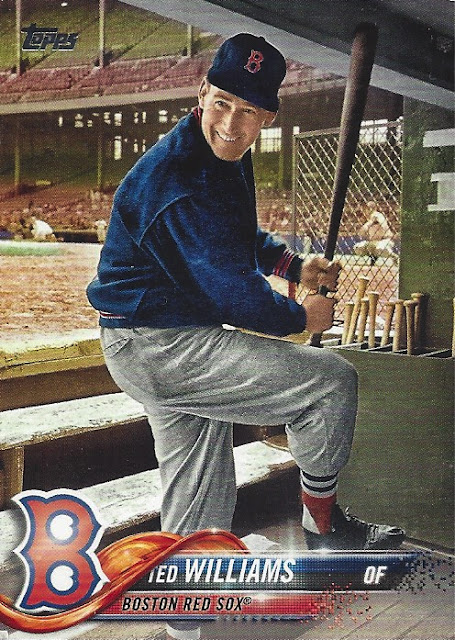 An SP parallel of Ted Williams.  I had seen this card a couple times and love the photo.  Teddy Ballgame is wearing his warm up jacket, practicing his swing in the dugout with what I think is Fenway Park in the background.  The big grin on his face makes the photo, looks like a guy who just loves the game.

The final card was a mystery as there was no photo but as expected the aforementioned card I already have in my McCovey collection ended up being the final card: 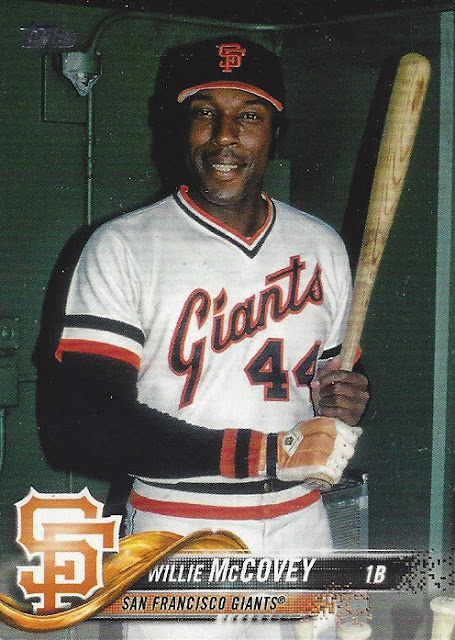 In the end I won these cards for $6 delivered.  As mentioned the Rickey was a need and I figure the McCovey can go in the Giants binder since I have one in my player collection.  I will probably see if the Hank can find a new home.  The Williams isn't going anywhere, I love the card.  Any time I run across one of the retired player parallels I keep a hold of it.  I have considered going back to when they started a few years back and collecting all of them but I really don't need another collection.

Overall I am really happy with the pickup and have to appreciate the crappy listing job of the seller.  I have to think if these were better listed the price would have been higher than a $2.26 sale price.  Have you ever picked up something on eBay that was listed poorly and resulted in a good deal?
Posted by arpsmith at 4:57 PM