One of the downsides of my lack of posting lately has been an inability to formally thank those of you that have sent cards my way.  Time to start rectifying that.  I figured I would start with the oldest scans I have in the old folder and these go back to summer time and a great batch of cards from John over at Johnny's Trading Spot. 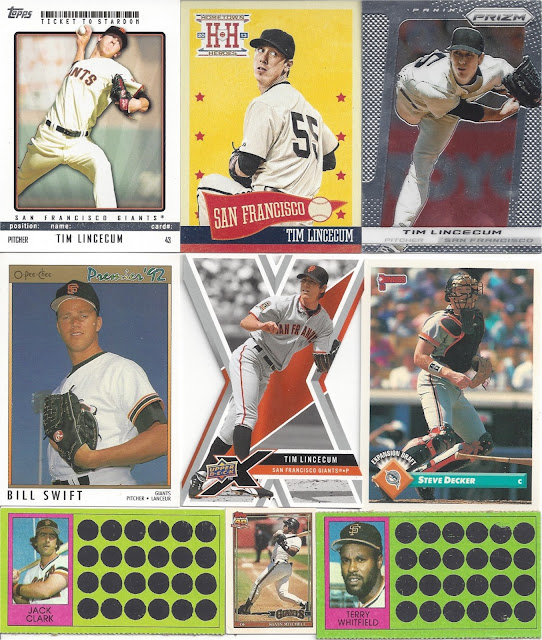 This scan shows some of the variety in the package with some Tim Lincecum's including a nice die cut, a Premier card from 1992, a Marlins card for my collection of dudes pictured in Giants unis, a tiny micro card and a couple of scratch offs.  I am tempted to play this game with the scratch offs, I have a few lying around.  I actually do remember getting these as a kid and playing the game with a couple buddies. 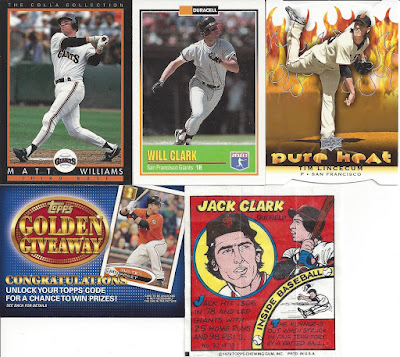 These cards were all needs and I was super excited to see them all.  They all finished off team sets or are stand alone singles as the only Giants represented in the set.  I can't tell you how many times I have gone out to track down the Jack Clark cartoon and never pulled the trigger.  The Pure Heat die cut insert comes from a great set put out during the end of Upper Deck's baseball run. 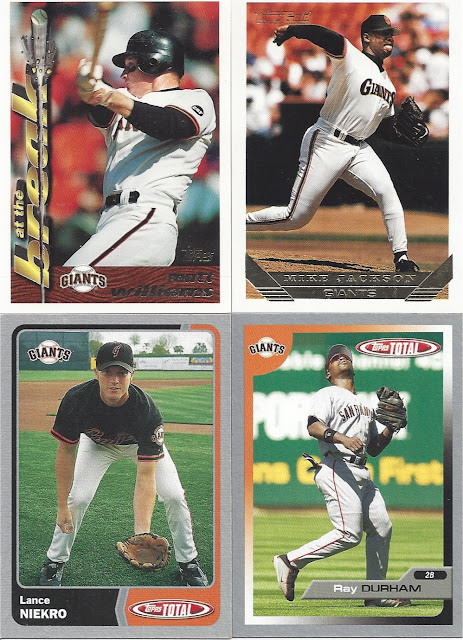 Here are 4 more cards that fit nicely into the Giants collection with an insert and 3 parallels.  I can't believe a set as large as Topps Total has a parallel set, wonder if anyone ever tried putting that thing together? 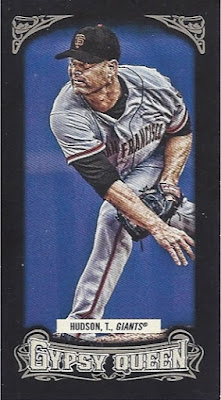 This black border Gypsy Queen mini was a great surprise when it popped out of the pack.  I wish I would have more actively pursued these when Gypsy Queen was released as I think a Giants team set would look pretty amazing in a binder page. 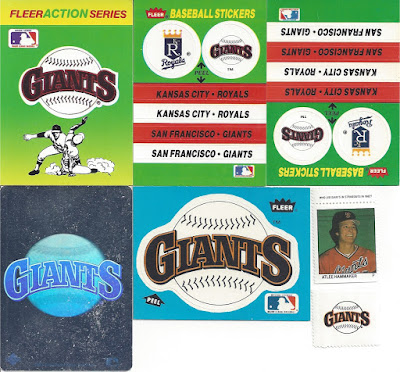 I love it when traders toss in Giants stickers, stamps and holograms.  I have a a huge stack and have been toying around with some ideas of how to display them - haven't settled on the final idea yet. 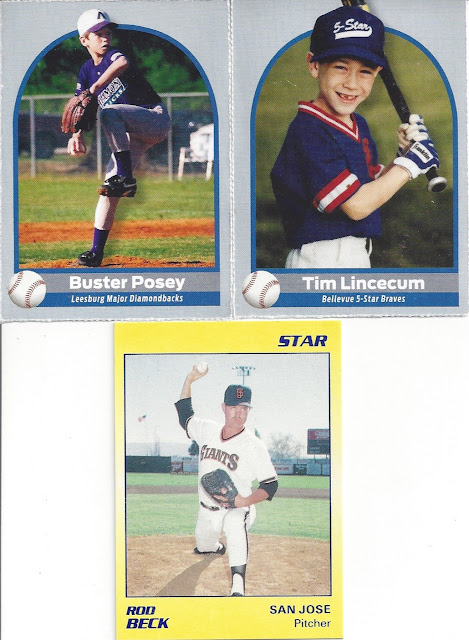 Finally my favorite 3 cards of the trade package.  Not only are these cards of 3 of my favorite players and cool oddball cards, they didn't appear on my Giants master checklist.  I really like finding cards that aren't on my checklist and getting them added in - it makes the OCD part of me feel like my checklist is a little closer to being 100% accurate.

Thanks John for the great bunch of cards and sorry it took me so long to post.  I really appreciate the cards!
Posted by arpsmith at 4:53 PM