One of my plans when I decided to start collecting vintage 49ers was to chart and document my progress in this blog by sharing each team set as it was completed.  When I was on my blogging hiatus I made some pretty good progress and didn't get a chance to showcase some of the team sets I completed.  Slowly but surly I am hoping to catch up and share my team sets.

Today I decided to share the oldest set I have completed to date, 1958 Topps.  This is a set that is similar in design to the 1959 Topps baseball set with the player picture featured in an oval surrounded by a colorful border.  I have completed both the 1958 football and 1959 football sets but build these team sets separate from my complete sets.

The Niners set includes a team card and 10 player cards.  Three of the player cards feature rookies, R.C. Owens, Marv Matuzsak and Matt Hazeltine.  Of those players I would rate Owens as the top player, he was a halfback which was a receiver position back then.  He earned the nickname Alley Oop and was a top 10 receiver in 2 of his 7 seasons. 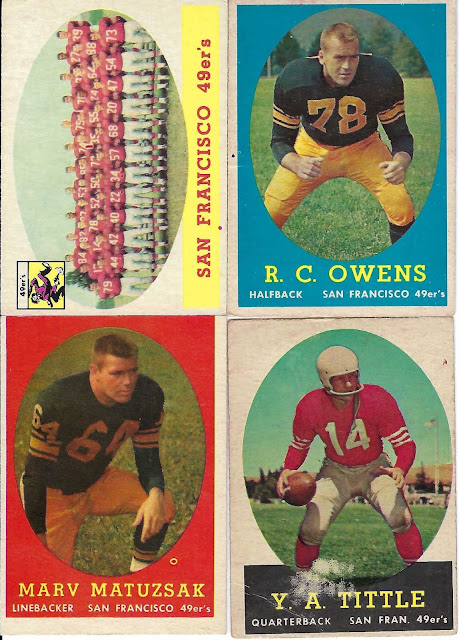 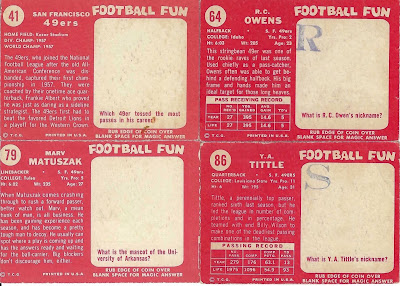 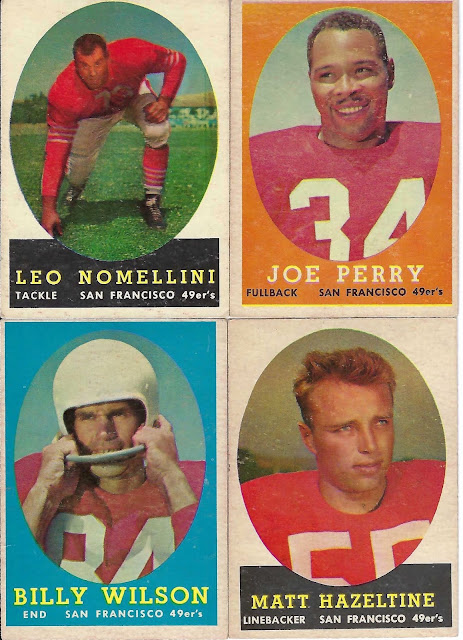 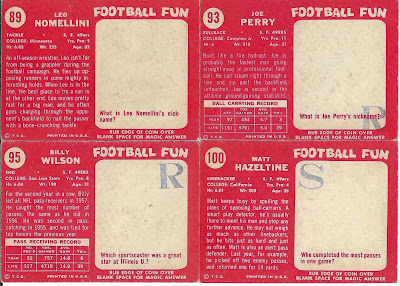 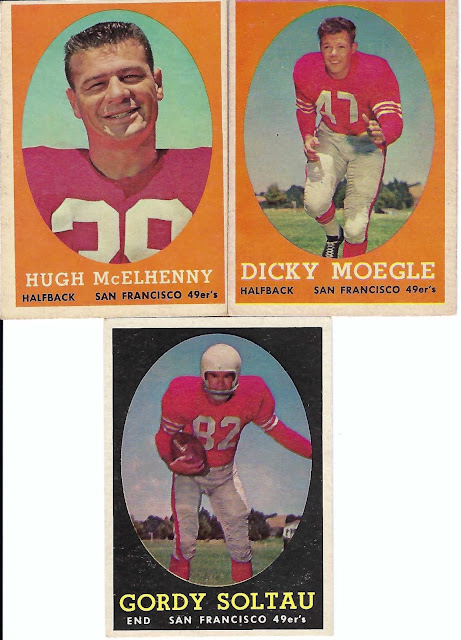 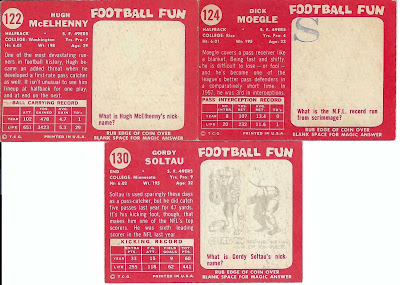 You may wonder what the "S" and "R" are stamped on the back of some of those cards.  Those are cards that came from the collection my dad gave me from his youth.  My dad and uncle share the same first letter of their first name and my dad was called Smitty so I am guessing the "R" was for my uncle's cards and the "S" for my dad - neither of them remember.  I am assuming there was a lack of trust between them.  Unfortunately my set build has quite a few cards with these stamps including the Jim Brown RC card - oh well not planning on selling the set anyway.