Time to finish this set off.  This is part 3 of a 3 part series going through this very cool 1987 Conlon set.  As a reminder, here is a brief write-up about the set from beckett.com.  The second series of 60 Charles Martin Conlon standard-size sepia toned photo cards was produced by World Wide Sports in conjunction with The Sporting News. Reportedly 12,000 sets were produced. The photos were selected and background information written by Paul MacFarlane of The Sporting News.

If you want to look back at the first part of the set, you can check it out here.

The second part can be found here.

I decided to break this into 3 different posts and include 4 cards in each scan.  To add a little more that just show the cards, I thought I would share one fact I found interesting from reading the backs.  I hope you enjoy. 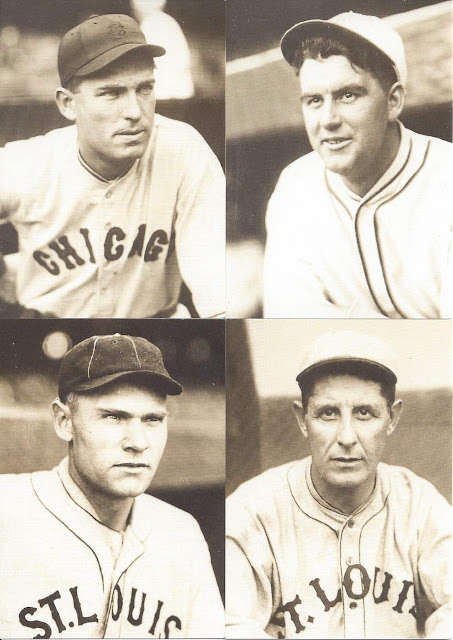 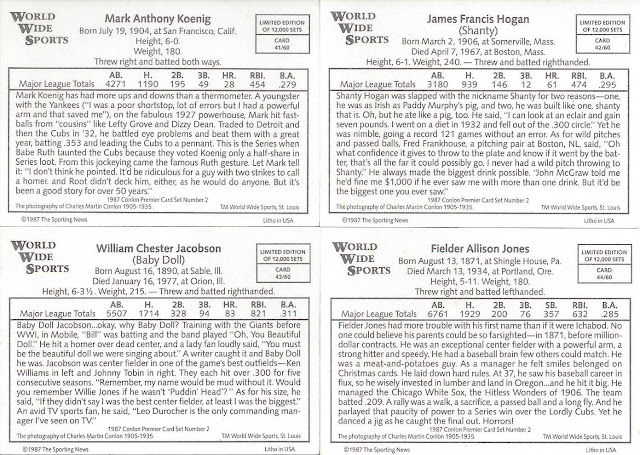 Favorite Fact -The Koenig card back tells an alternate explanation for Babe's called shot, I hadn't heard this version of the story. 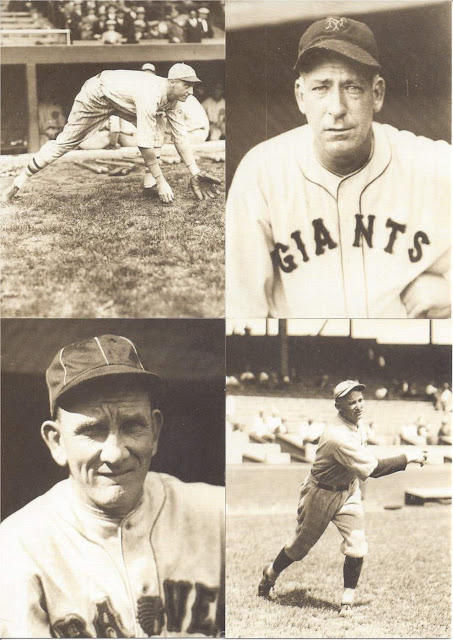 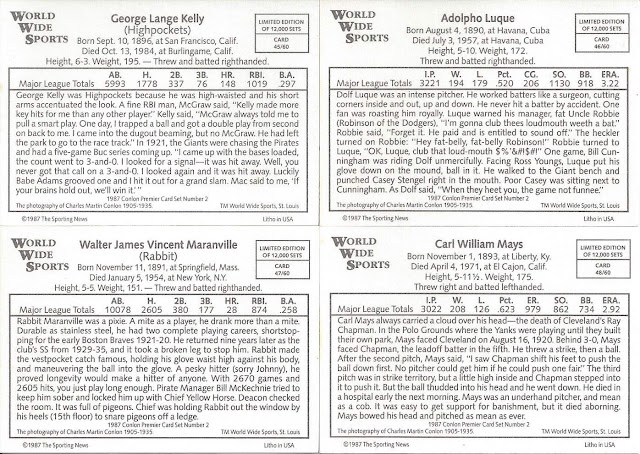 Favorite Fact -Back in the early 1900s players had thin skin and did something about it.  I can't believe a guy would go into the opposing team's dugout, mid-game and punch someone out.  Funny that it was the wrong guy. 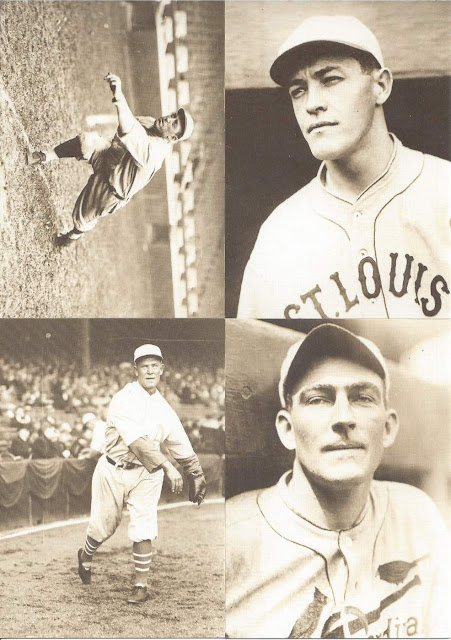 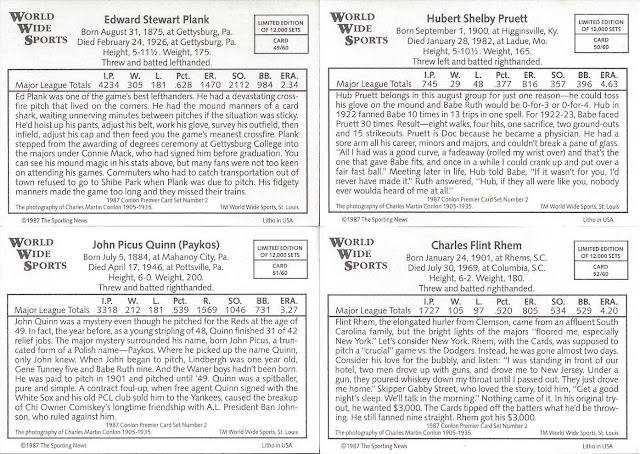 Favorite Fact -A dude named Hub owned Babe Ruth.  30 times up with 15 strikeouts - I wouldn't have guessed someone did so well against the Babe. 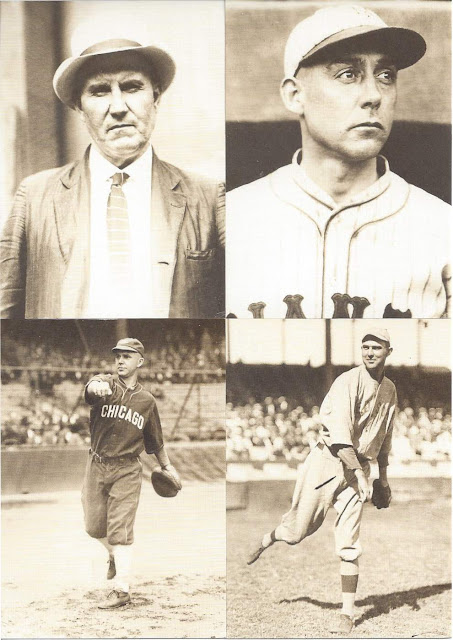 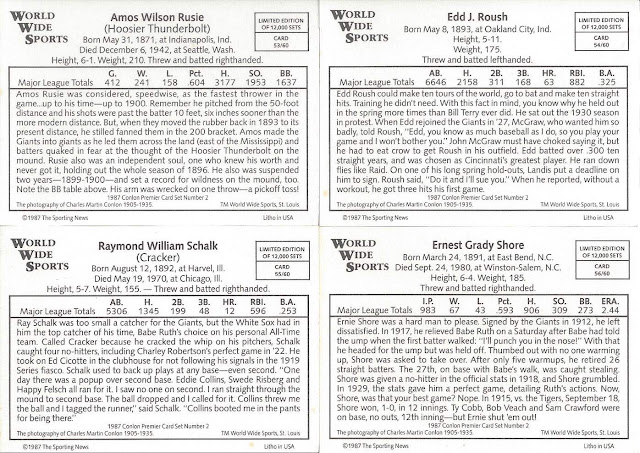 Favorite Fact -The Ernie shore no-hitter/perfect game in relief of Babe Ruth is a great story but one I had heard before.  I like the fact that Amos Rusie was able to transition from the 50' mound to the 60'6" distance and still be a strong pitcher. 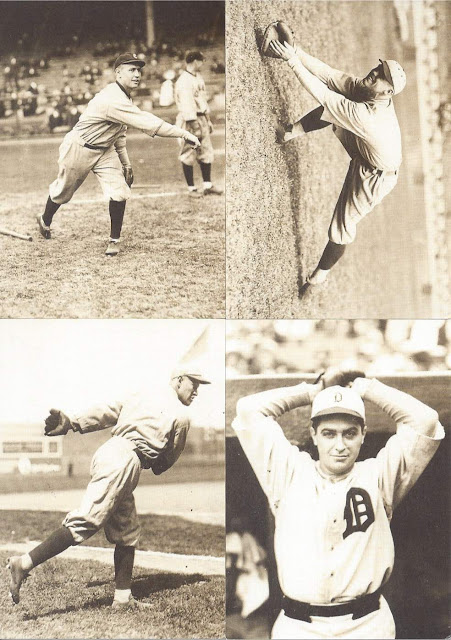 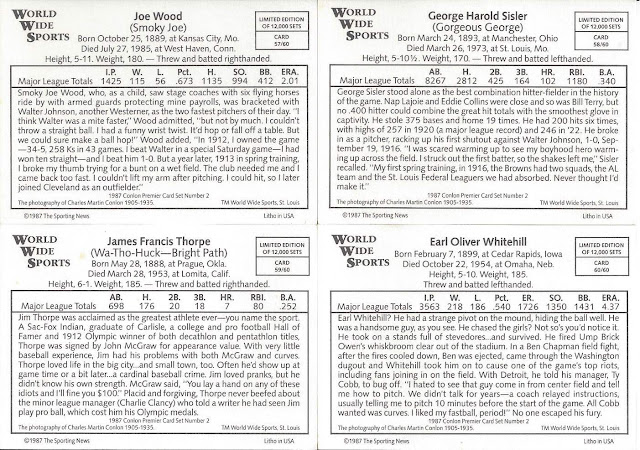 Favorite Fact -I had no idea the great George Sisler came up as a pitcher and certainly didn't know he outdueled the great Walter Johnson.  I looked up his pitching record and he pitched in 15 games during his first season and a total of 24 games throughout his career.


There you have it, the entire 60 card set.  When I picked these cards up it was definitely for the awesome Conlon photography on the front.  In the end, I got a lot more enjoyment from the backs.  The stories, the nicknames and most important (and impressive) the writing made these card backs a joy.  Hope you enjoyed a look through the set.
Posted by arpsmith at 11:00 AM