My collecting roots were founded in set collecting and even as I have expanded into player collections and team collections the mentality of a set collector followed.  I look to finish up team sets of different products and all the cards from particular sets for some of the players.  If I had to give a generalized summary of my collecting approach it would be "I collect card sets".

One of the goals I made quite a number of years ago was to collect all the Topps sets in my lifetime.  I started collecting in 1979 and had the sets from that point forward.  I had also completed the 1978 set when I was younger after buying a vending box of 500 cards for $40 to start it off.  My task was to complete the sets from 1971-1977 to finish my lifetime Topps run.

I bought the 1974 set in its entirety and got an almost full set of 1977.  I bought a big lot of 1976 and built the rest.  I had picked up a bunch of the star cards from 1975 as it was one of my favorite sets so it didn't take me too long to piece that one together.  When I was building the 1973 set my LCS broke up a nice set of 1970 Topps and offered me a great deal to pick up a ton of the high number and was nice enough to allow me to make payments over a few months to stay within my collecting budget.  While the 1970 set was prior to my birth, I couldn't pass up the opportunity to pick up the cards I did at the  price.

After finishing the 1973 set, I just needed 1971 and 1972 sets to finish my quest.  The 71 set didn't take all that long, especially since I wasn't too worried about the black edges and corners being pristine.  Some of the high numbers were a bit difficult and pricey but overall not too bad.

Then came the 1972 set.  If you aren't familiar, it is a beast.  There are 787 cards that were released in 6 different series.  The 5th series is somewhat tough but the last 131 cards form the last series and they are rare and pretty expensive.  While I have a pretty solid budget each month to spend on cards I do feel I am very cheap and seek out low prices on cards.

With the 72 high numbers there are rarely low prices and at one point I actually gave up trying to complete the set.  For a couple years I set goals to knock of large portions of the set and I got down to only needing cards from the last series.  I wasn't willing to spend the time to seek out low priced cards and wasn't willing to spend the budget to pay higher prices so I threw my hands up and ended the quest.

I so enjoy set building and was so disenfranchised by the 1972 set that I built the entire 1969 Topps set and started the 1957 Topps set instead of going after those dreaded high numbers.

After a pretty long gap one day I just decided to put on my big boy pants and focus on completing the set.  I have slowly been picking up cards, some on COMC, some on eBay, a few at my LCS and a few at card shops when I traveled for work.  I started spending more time on Facebook and found some there as well.

Recently I received this last batch of cards and I can now say that I have completed the set! 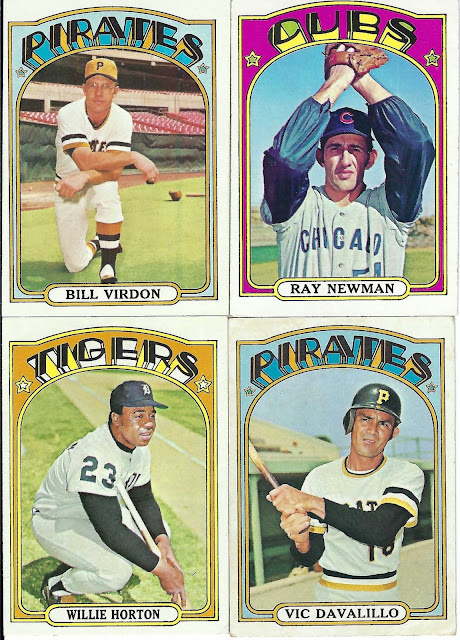 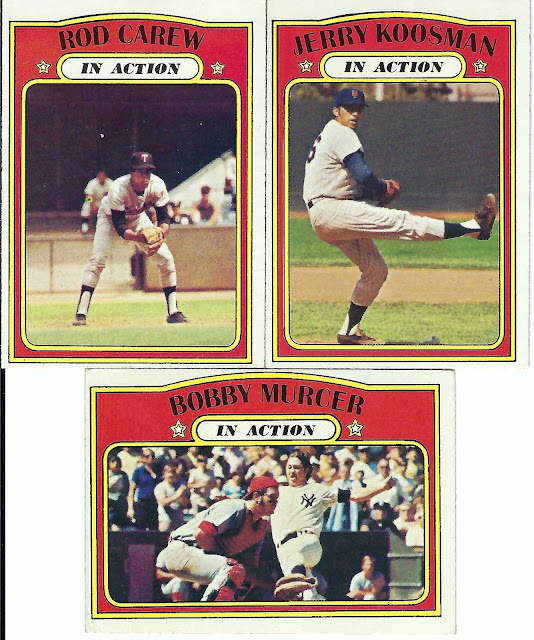 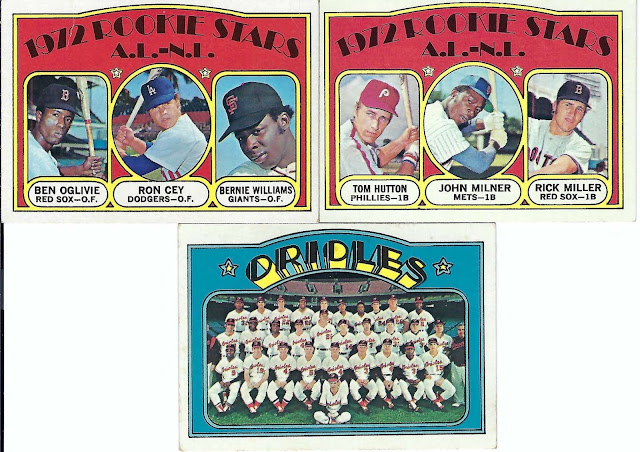 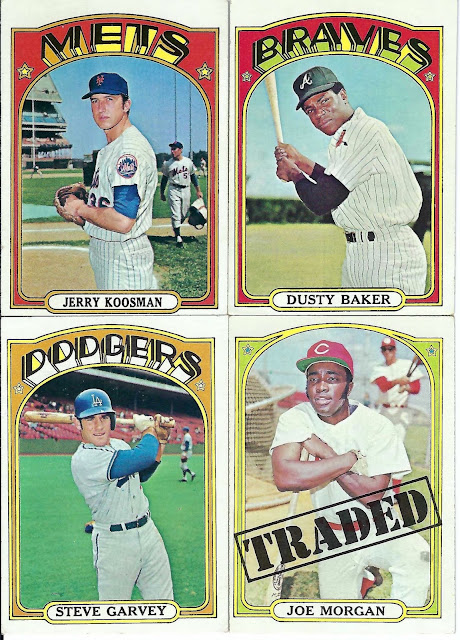 Someone saw me respond to a Facebook post and sent me a message saying he thought he could finish off my set for me.  We worked out a price and he realized that one of the cards he had pulled had some hidden damage.  He was nice enough to seek out another copy and send me the cards.  It made it take a while longer but what would this set quest be without another twist.

I thought about holding off on posting this for a while because I technically don't possess all the cards.  I have 14 cards sitting in my COMC account.  Right as the pandemic was heating up I requested shipment of my cards but they have really been delayed on getting orders out.  COMC has been reliable for me and I decided to call this one complete.  I am so excited to have this full set!!!

So what is next for this set builder?  I am still working on 1957 Topps and have decided to go after the 1968 set.  I had quite a few 68s and picked up a couple lots so as of right now I only need 221 of the 598 cards in the set.  It doesn't have the same huge issues with high numbers so I hope to complete it sometime next year.  I don't know if I have it in me to go after the 1967 set with the high number issues there so we will have to see what is in store.

For now I will just celebrate my Lifetime Run of Topps Cards!
Posted by arpsmith at 12:05 PM