My USC Football collection was once my primary team collection but I now spend much more time and money going after Giants.  However with Upper Deck's releases that feature past greats in the college football uniforms, I am excited about chasing some Trojan cardboard goodness.

I started at USC in 1989, right after Rodney graduated and went to the NFL but he was the first Trojan QB I followed as a Trojan as I got early entry into school.  He had a great college career including being the first Trojan to win the Johnny Unitas trophy as the nations best senior QB and was runner up to Barry Sanders for the Heisman Trophy.  He also played on the USC baseball team and was drafted 3 times (twice by the A's and once by the Tigers) but went the football route. He was solid as a pro but never reach star status but to me he is always my first Trojan QB.

Here are a trio of awesome recent issue cards I have picked up recently, all from 2013 Upper Deck Quantum: 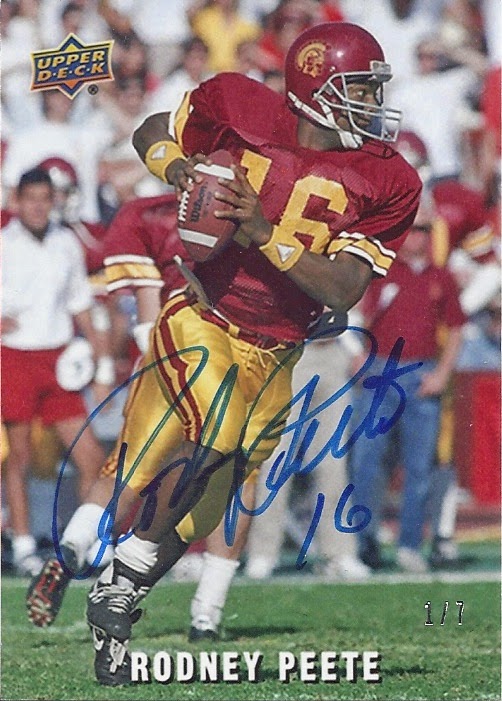 This first card is a very nice looking full bleed card of Rodney in action on the college gridiron. I like the in action shot that is used with the USC sideline in the background.  As you can see in the bottom right corned, this beauty is numbered 1/7. 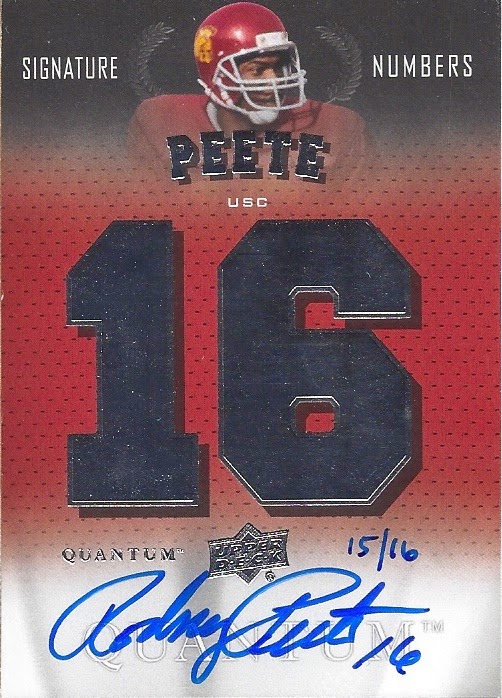 This is the Signature Numbers autograph insert and it prominently features his #16 jersey as the predominant decoration on the card.  It is hand numbered 15/16.  This is my least favorite of the 3 designs but still a pretty nice looking card. 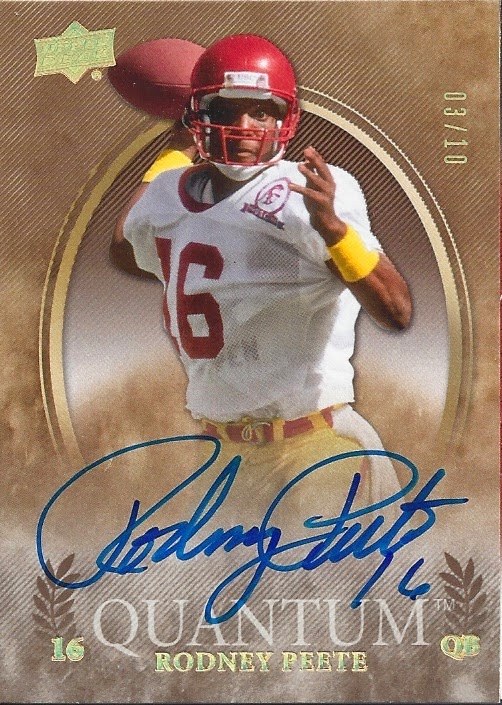 I saved my favorite of last.  For whatever reason this design just resonates with me.  I like the picture with Peete looking straight into the camera ready to launch a ball in your lap. The gold colors look nice and classy. This card just works for me and is perhaps my favorite out of the almost 300 different cards I have of Rodney in my collection.  Fight On!
Posted by arpsmith at 4:31 PM