Building Up the Football Collection - 2004 Topps

I seem to be focusing a little more of my collecting time and budget towards football.  I think some of it is a result of the 49ers resurgence having my mind more on football.  The lack of baseball right now is playing into it as well, I am finding it harder to get excited about new baseball products with no games.  I am basically buying very few packs and just picking up my Giants.  One area of my football collection that I am working on is filling the gaps for a run of Topps base sets.

Here is a quick look of the full set in the box it arrived in: 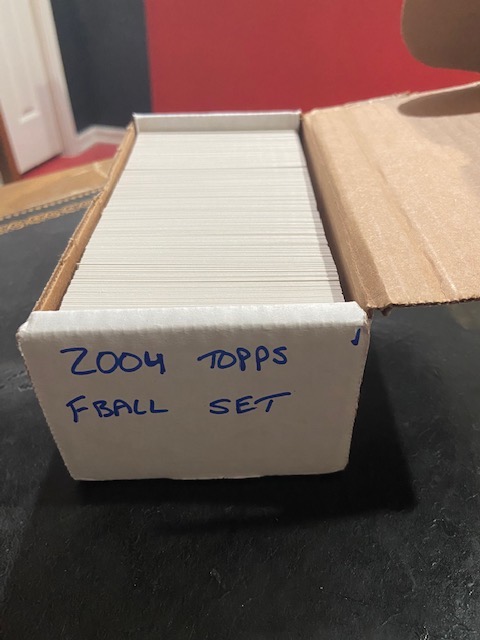 This is a pretty solid set with a nice, crisp white design.  The team name is boldly across the top of the card in silver foil while the players name is in much smaller text at the bottom.  The bottom right corner of the cards has a little illustration that changes based on the position of the player.  As I went through the set, I found 5 variations.  WR and TEs share the same pic.  DE, LB and OL all have the same hands on knee pic.  Interestingly the Terrence Newman card is the only DB card in the entire set other than rookies, back in 2004 DBs were getting no love. 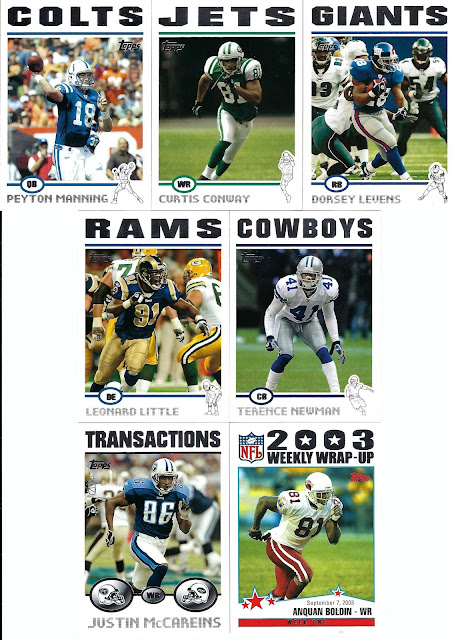 In addition to the base cards, there are quite a few Transactions cards scattered throughout the set and show the player, their old team and new team.  I think I would have preferred these to be consecutive in the set.  There is a consecutive subset from cards 291-310 with each card highlighting a star from a certain week of the NFL season titled 2003 Weekly Wrap-Up.

The final group of cards, from 311-385 feature rookies from the year before, I like that they are all in their team unis, seems the last few years prior to them losing their license, Topps included players in workout or practice gear quite frequently.  This set features a pretty solid QB class. 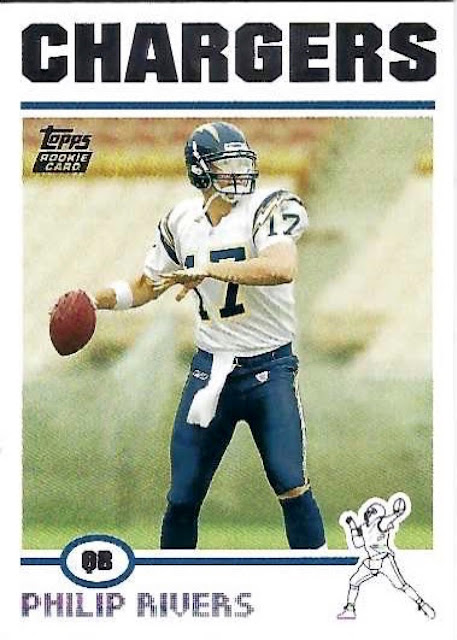 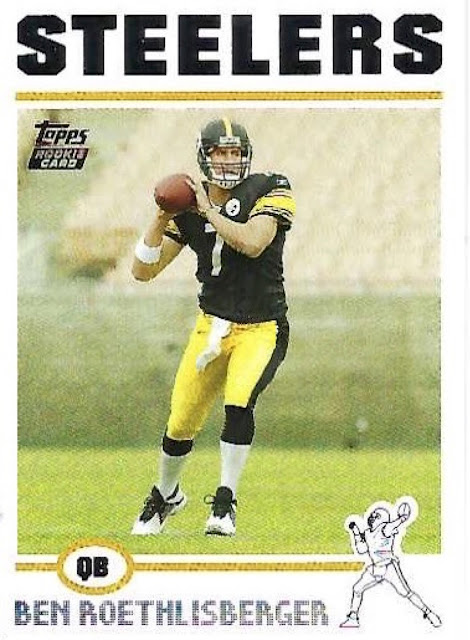 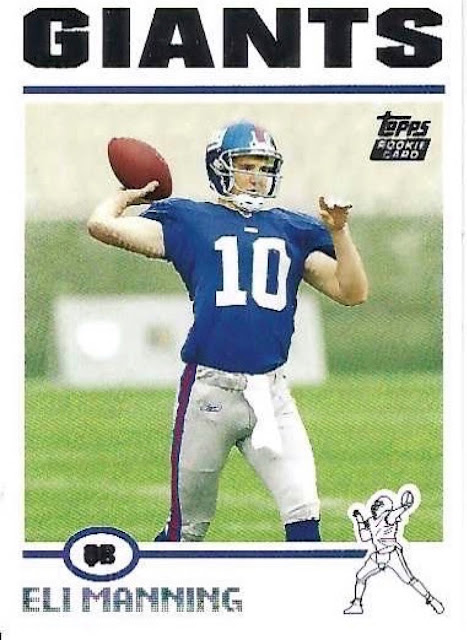 I am happy to have added another Topps set to my football collection.  In addition to filling in the gaps on this run, I am also working on the 71, 72 and 77 sets.  I may go for a full run since my birth year (71) however if you think the 72 Topps baseball high numbers are tough, you should check out the high numbers for 72 Topps football.