I have joined several Facebook groups where people sell, buy and trade cards.  Some of the people on there are ridiculous either asking silly prices, low-balling sellers or just being plain jerks.  If you can tolerate that, there can be good deals to be found.

I am in a Giants group and a guy a few days back indicated he was struggling a bit due to the pandemic and wanted to raise some funds so he was selling off some of his Giants collection.  I am fortunate to be able to do my work from home and we really haven't had any negative financial impact so I am still looking to add cards to my collection.  I got auto/relics of 3 Giants legends that I wanted to share today.

First up, a 2016 National Treasures card of the Baby Bull: 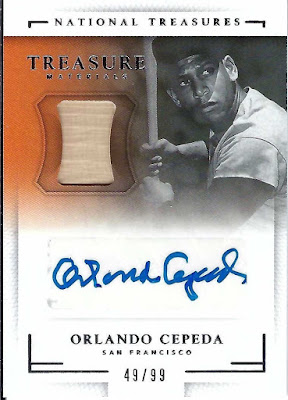 A really nice card of Orlando Cepeda with a bat relic and auto numbered 49/99.  I like the design, the lack of licensing is hidden fairly well with the chopped off head and the orange coloring adds a nice touch.  Nothing special on the back so I didn't scan it but I nice Giants HOF add to the collection.

Next up is another bat relic/auto card of a Giants legend who didn't quite make it to the HOF level in his career, Will The Thrill: 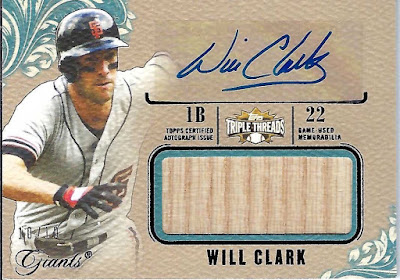 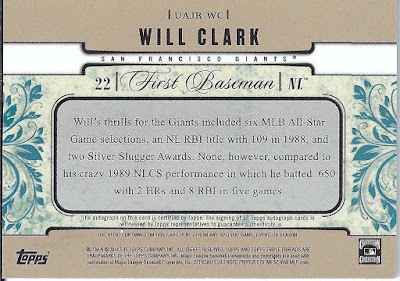 I love this card.  Will sells really well and I don't have as many of his autos as you may think.  This is a 2014 Topps Triple Threads card that is a sapphire parallel numbered 10/10.  The back has a nice, short summary of some career Giants highlights and the front has a great auto and nice chunk of bat.  This has to be one of my favorite Clark cards in my collection.

Finally another Giants legend, this time an active one: 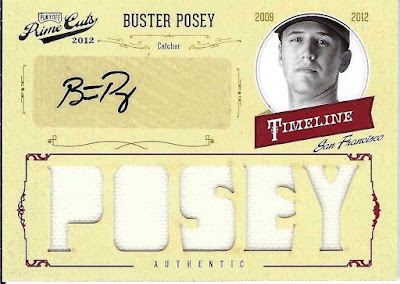 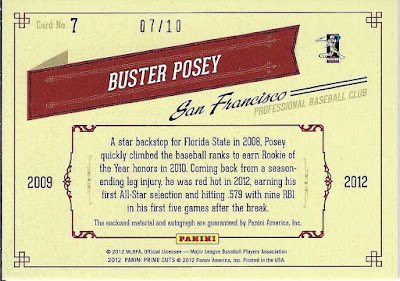 This is an auto from fairly early in Buster Posey's career out of 2012 Panini Prime Cuts.  A couple years back Buster seemed like a lock for the HOF but with his recent slip in offensive stats he may end up with a fate similar to Clark.  I was hoping for a solid bounce back season in 2020, now I am just hoping for some type of season.  I really like how his name is spelled out with the jersey, the head chop is not quite as unnoticeable as Cepeda's but like the nice, clean auto and the write up on the back.  Another low numbered card, this one 07/10.

All right, time for the contest.  My viewership and comments are understandably low with the low post volume for the past year and the long post-Christmas hiatus so I thought I could drive a little traffic here with a contest.

To enter, leave me a comment with a guess as to the total, including shipping, I spent on these 3 cards.  I will put together a nice prize doing my best to fit your collection to the person closest to the total.  I have baseball, football and basketball cards in my collection spanning dozens of years along with some other oddball stuff.  If you happen to mention and link my contest in a blog post I will give you two guesses.