I ran across a YouTube video recently that was sharing some new Funko Pops! and there was one that immediately popped out to me as something I needed for my collection.  If you aren't familiar with Funko Pops!, they are collectables of celebrities, pop culture stars, ad icons and movie/TV characters.  Of course my interest was grabbed when they started doing some sports stars.

As I was looking on Amazon for the Funko Pop! I wanted, I realized there were two I needed to pick up.  The list of MLB players released in later 2018 included Giants Catcher Buster Posey.  Not only was there a Buster Posey, there were two!  One in his home uni and one in his road jersey.  I ordered them both and got them in this week.

From the videos I have seen, the way to showcase Funko Pops! is to show all sides of the box.  Just like cards, condition matters when it comes to value.  One of my boxes arrived pretty tweaked but I am not too perturbed as I don't plan to resell it.  As of now I am storing them on a shelf in the boxes but maybe one day I will crack them and display them out of box.

Here is a all sides (minus the bottom) of both Pops! 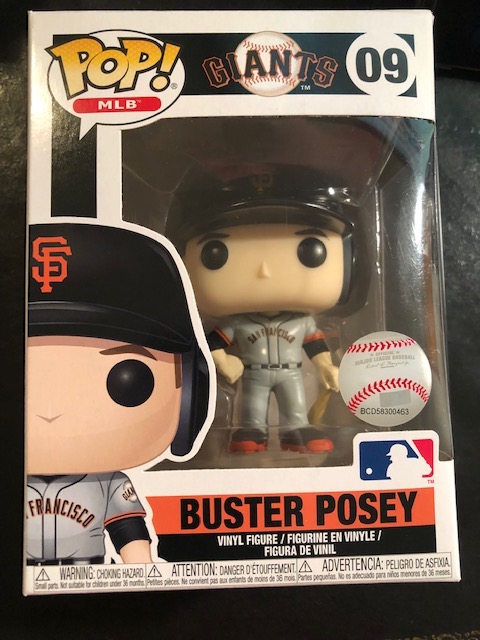 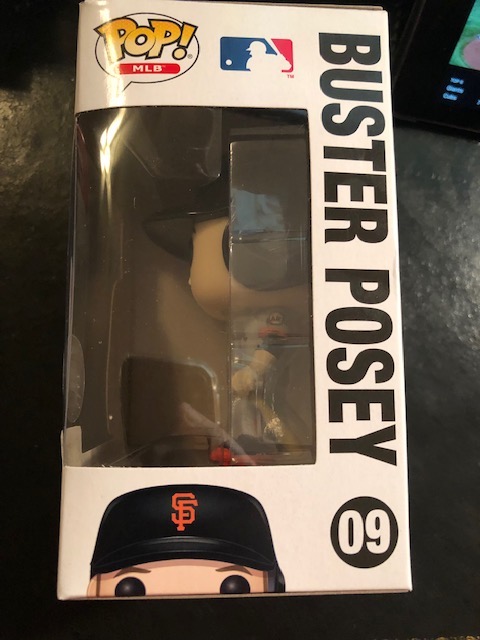 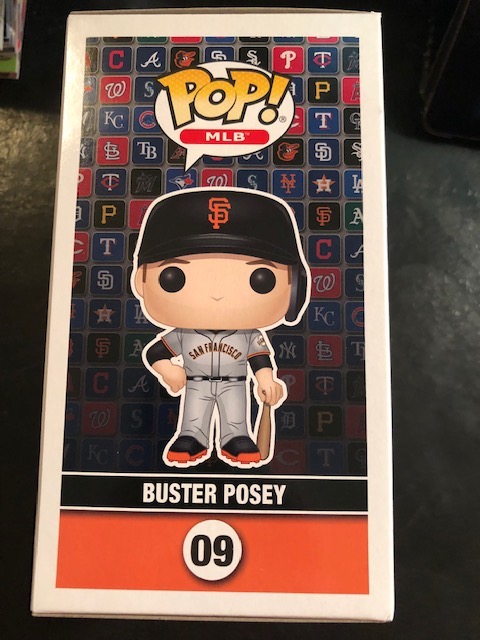 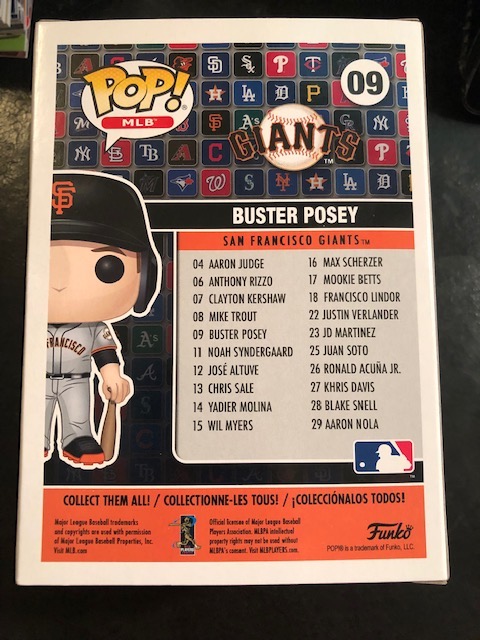 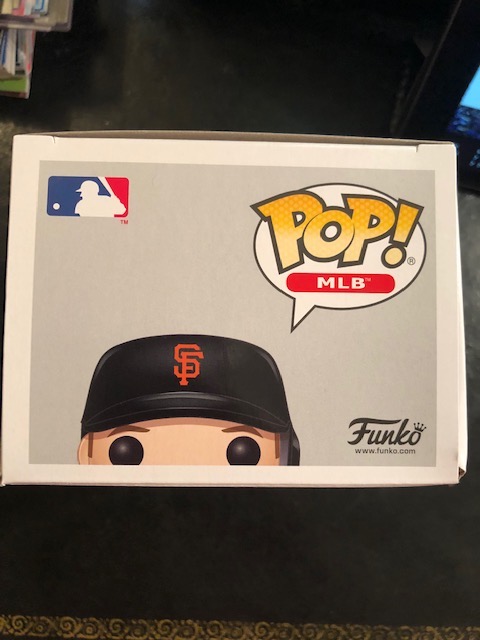 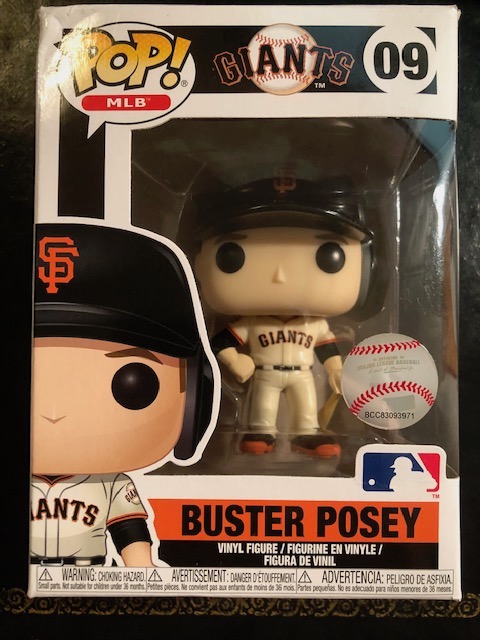 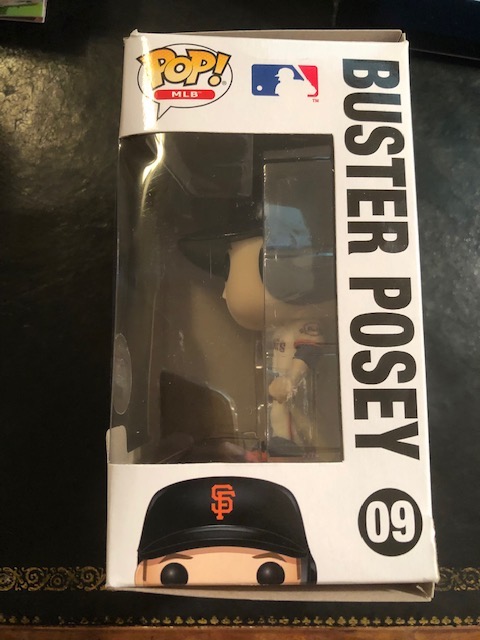 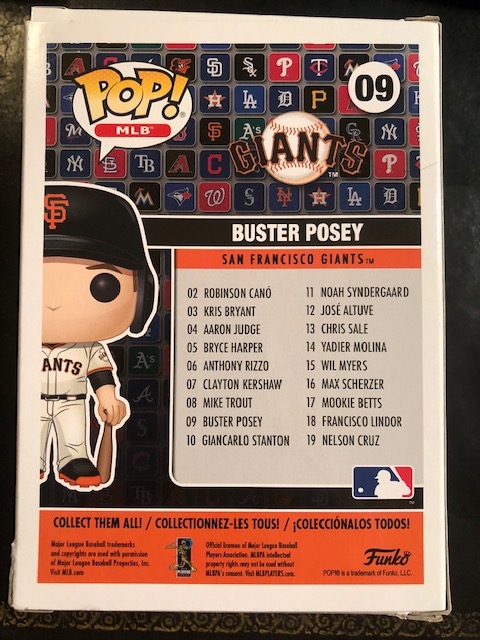 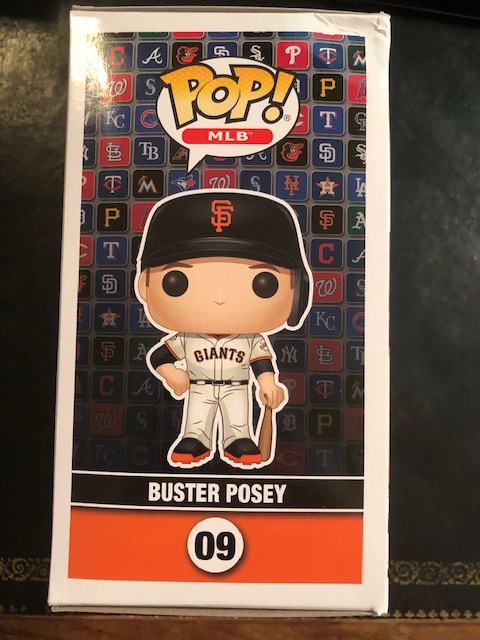 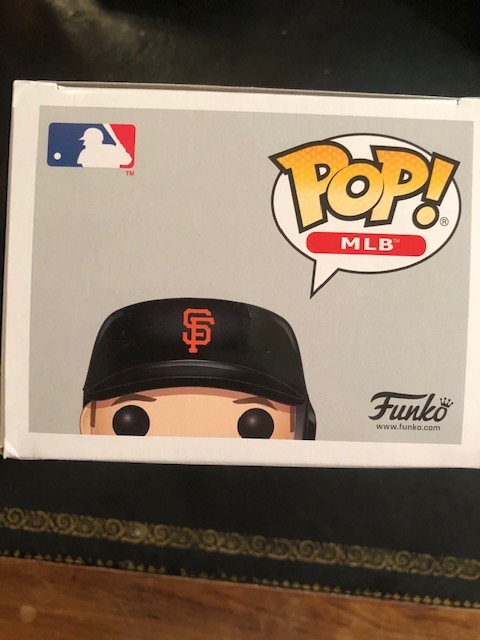 Anyone out there have any Funko Pops! in their collection?  I have thought about picking up some of the rock stars they have as well.  If you could get a Funko of a non-sports figure, who might you get?