The day after my the 2nd post restarting my blog and talking about Facebook purchases, I saw a lot of vintage cards pop up on the Facebook Marketplace.  There was a single picture of a group of 10 cards including the 1972 Topps Roberto Clemente I posted a few days ago with an asking price of $150.  I was interested in a few of the cards including the Clemente so I sent the guy a message asking about condition.

He wrote back quickly with a description (that ended up not being all that accurate) and messaged me back again quickly asking about my level of interest.  I wrote back asking if he would consider letting them go for $120 and he responded saying he would if I could meet him that day at a location about 40 minutes from my home.

This was early in the day, right as I was getting ready to head to work.  I checked my schedule and realized my first meeting wasn't until late morning so we agreed on a spot and I was on my way.  It was an easy meet up and transaction - a little small talk, I got the chance to inspect the cards then decided to get them.  He actually brought an extra card and threw it is so I got 11 cards.  I think I did all right, feel free to let me know your thoughts.

I figured I would share them all, minus the 72 Clemente, in reverse order of my excitement level.

10. 1972 Topps Thurman Munson In Action - This was the throw in card and while I like it, it is one of the least valuable and I already have it for my 1972 Topps set build. 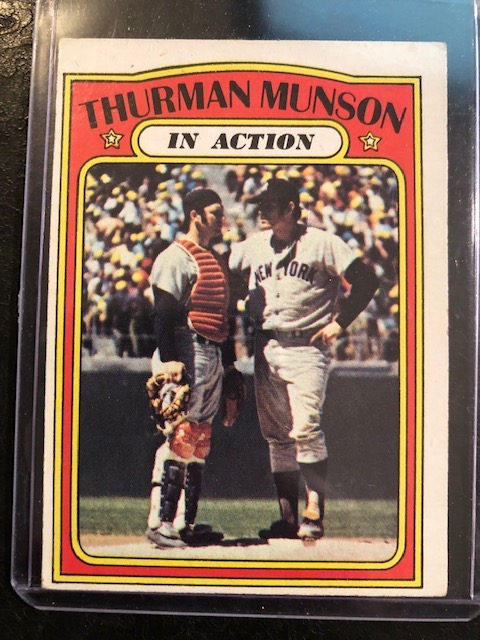 9. 1971 Topps Steve Garvey - As a young Giants fan, there was nobody I disliked more in the game of baseball than Steve Garvey so even though this is his rookie, that carryover puts Mr. Clean towards the bottom of my list. 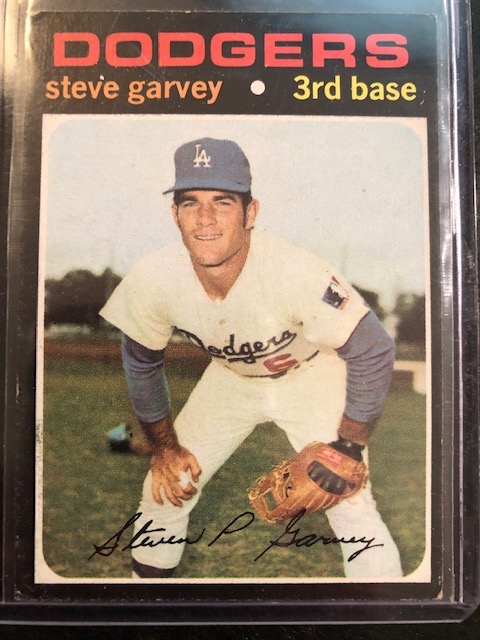 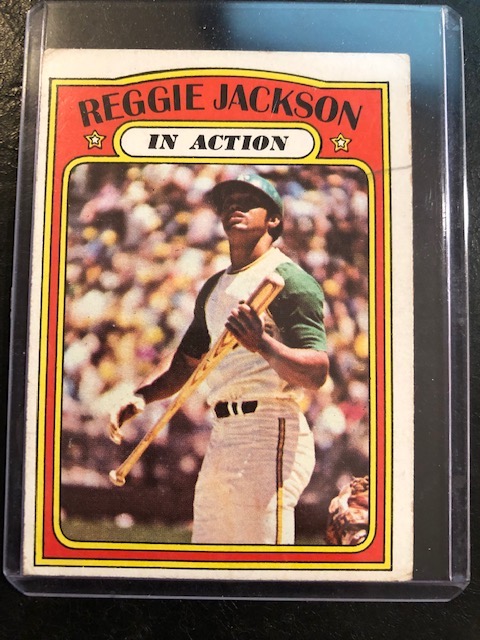 7. 1972 Topps Reggie Jackson - ditto from above (including the number of these in my collection) 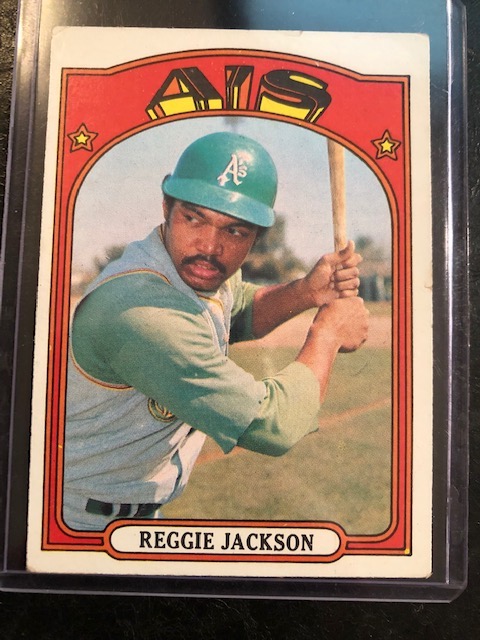 6. 1962 Topps Boog Powell - A nice rookie card of Orioles legend John "Boog" Powell.  From this card forward I am pretty excited about all the cards.  I don't see me going after the 1962 set for quite a while but I will hold onto this for that day. 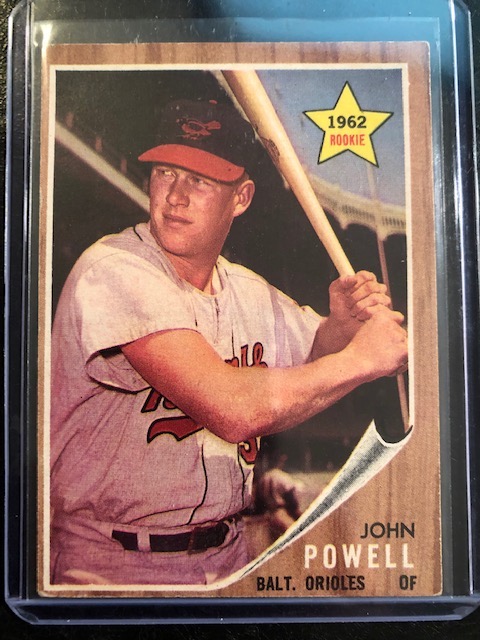 5. 1972 Topps Hank Aaron - I have this card for my set build and this isn't in the greatest condition but I am a big fan of Hammerin' Hank and this card in particular. 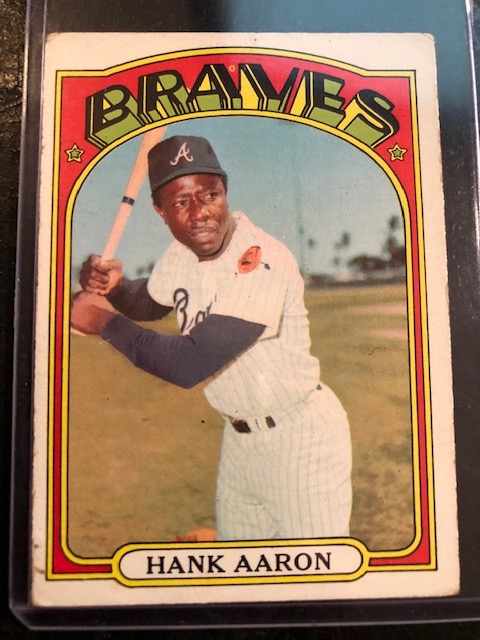 4. 1972 Topps Willie Mays -  Hank is pretty high on my favorite list of ball players but The Say Hey Kid is even higher.  I have one of these for my set and one in the Giants binder but I was happy to get another in this deal. 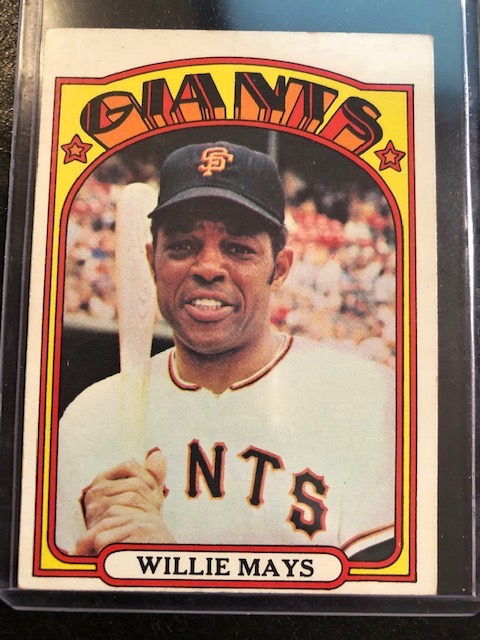 3. 1955 Topps Warren Spahn - 1955 is one of the least represented sets in my collection and while I think the look of the 1956 set is nicer, this is still a great looking set.  Having a Hall of Famer like this is my collection puts a smile on my face.  The condition of this isn't terrible, there is a ding on the top and the card is not centered well but I think it is a great looking specimen. 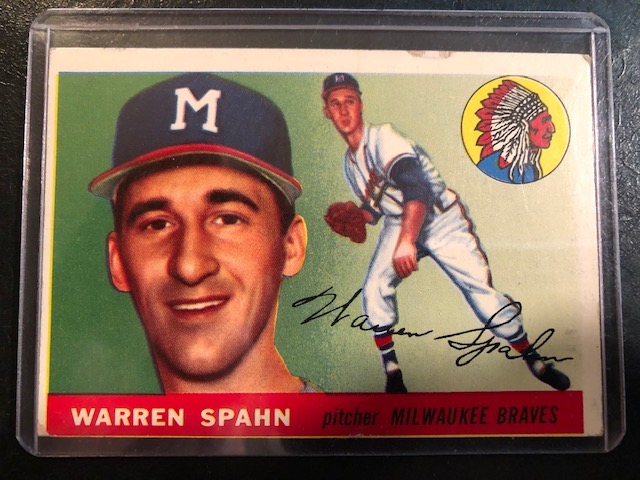 2. 1965 Topps Roberto Clemente -  This is the card the seller was most impressed with - he has it in a one touch and told me it would grade a 7.  Well if you look at the bottom left corner there is a crease so a 7 is out of the question.  Regardless it is a nice looking card and once I get my 1972 and 1957 sets done or close to done, 1965 may be next on the list. 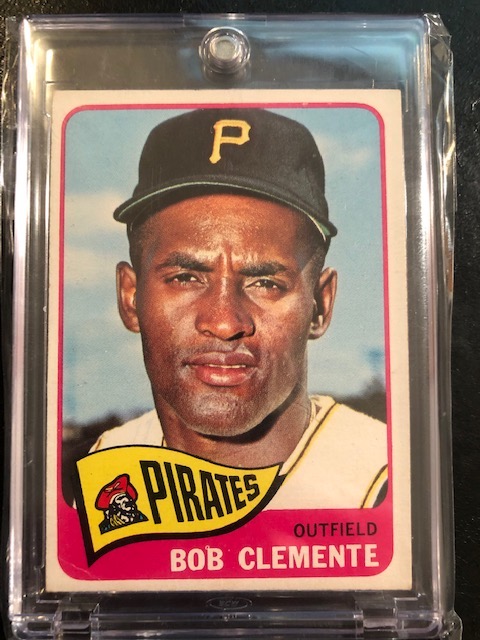 1. 1968 Topps Johnny Bench - While the 65 Clemente and 55 Spahn stood out in the pick, this is the card that really got me interested, a Johnny Bench Rookie!  This is a card I asked for condition details and he accurately describe it quite well.  It isn't perfect but I think it looks quite nice.  I have been tempted to start a 1968 set build a number of times but the presence of this card and the Ryan rookie have scared me a way a bit. Having one in my possession makes it pretty likely that I will seek out a starter lot of base cards one day fairly soon. 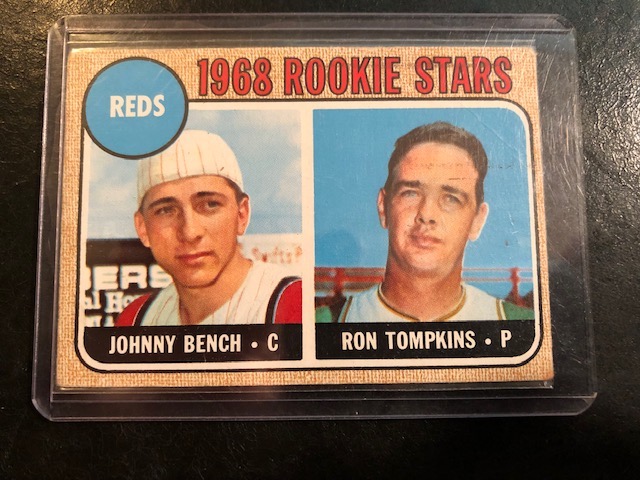 So what do you think of this purchase?  I don't think I broke the bank but think I did pretty well.
Posted by arpsmith at 3:00 PM