I returned from my cruise to hear the sad but unfortunately expected news of the passing of Dwight Clark.  Clark was a 49er legend whose "Catch" propelled the Niners to their first Super Bowl and the start of a dynasty.  Dwight has been one of my favorite players and one of my player collections.  I was happy to hear the Eddie DeBartolo, the former owner of the 49ers, got a group of former players and coached together recently to celebrate Dwight's life prior to his passing.  Reports indicated that it was a great get together with tons of laughs and tears.

I thought I would share my latest Dwight Clark pick ups as a tribute: 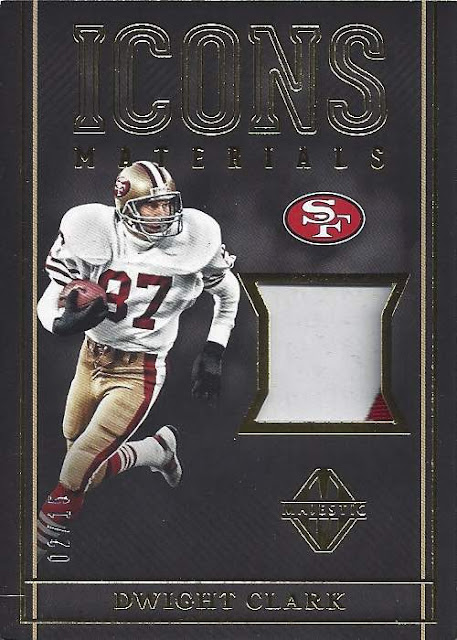 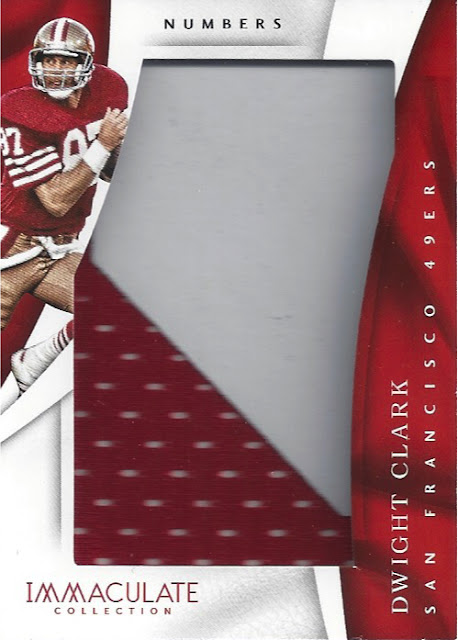 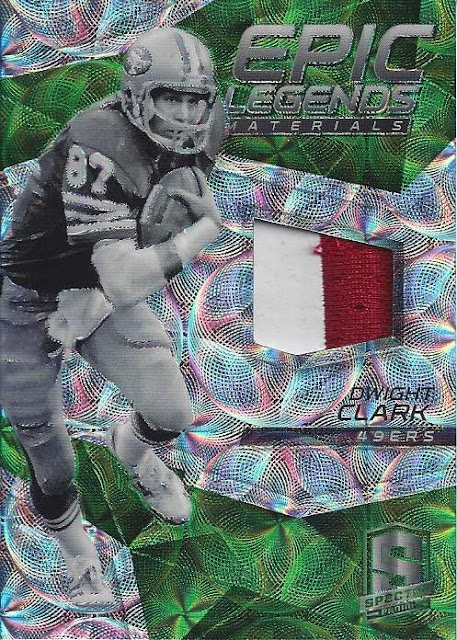 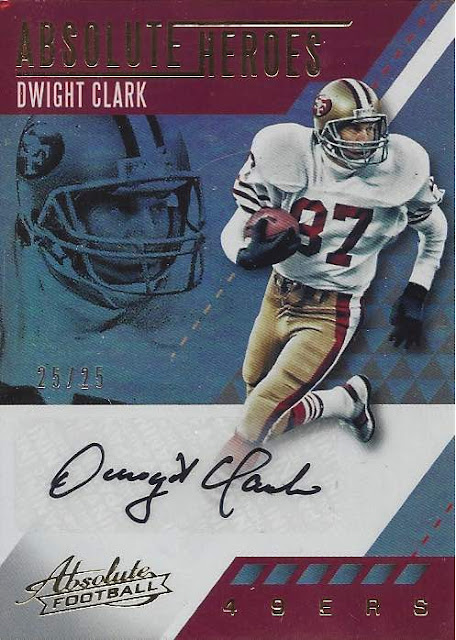 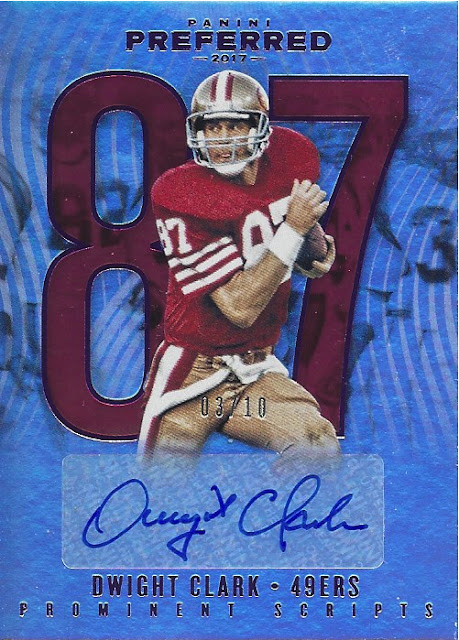 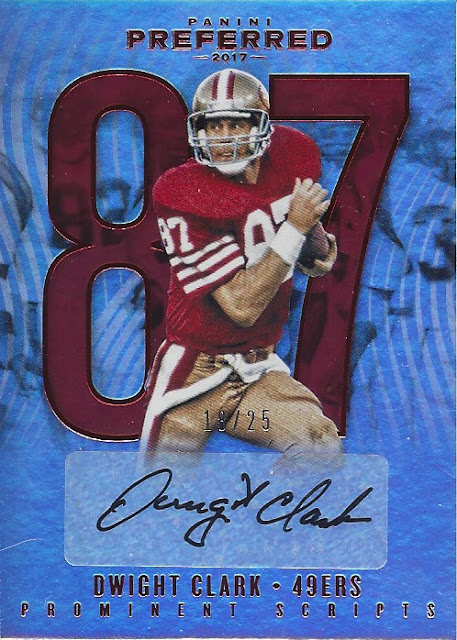 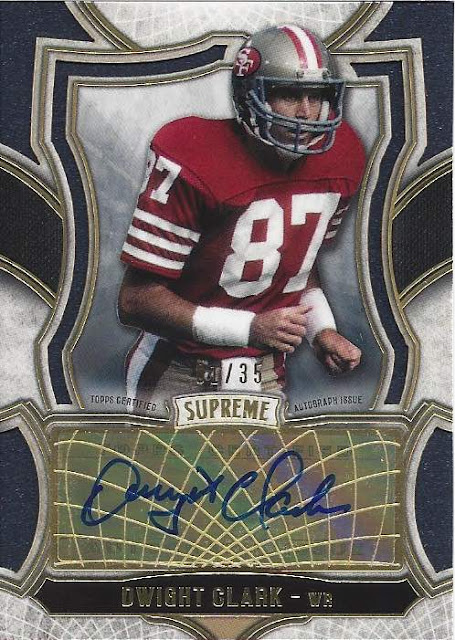 Rest in Peace #87. Thank you for all the memories and helping launch the dynasty.
Posted by arpsmith at 12:00 PM 3 comments:

I can't believe it has been a month and a half since I posted.  There has been a lot of activity at ARPSmith base camp.  Lots of changes at work with me having some new groups reporting to me resulting is some unexpected travel.  Kids finishing up the school year and the associated "graduations" and year end events (since when to 5th graders graduate???).  An awesome cruise to the West Caribbean.  A new workout routine post cruise.  The boys off to Scout camp for 10 days with the wife going for 5 resulting in a new appreciation of how challenging it is to be at home all day with my 5-year old daughter.  A frustrating season watching the Giants - the team with the broken pinkie epidemic. Hobby time being spent sorting the big collection purchase, filing away recent purchases and organizing the 8000ish Giants dups I have accumulated.  The blog has taken a bit of a back seat but you can't get rid of me that easy.

Outside of a few packs hear and there I haven't bought much in the way of 2018 product.  The only boxes I have picked up were a box of Opening day (fun, cheap and a full set) and 2 boxes of Diamond Kings (like the cards, disappointed that there are so many SPs and the second box was almost all dups).  I have decided to go after the DK set, the SPs and inserts so check out my want list if you have some for trade.

I have shifted to buying full sets off eBay - have picked up Topps Series 1 & 2 sets including inserts and Donruss including the base variations and will most likely do the same for Topps Update and Stadium Club later on this year.

I decided to break my streak of no posts today as I finally was able to pick up 4 hanger packs of Series 2.  It was the first time I had seen some after a couple visits to Target and Walmart.  I don't know if my area got Otahni fever but there is no Series 2 at any local retail outlets.  There was no sign of retail boxes, just 5 hanger packs.  Don't know why I left one behind but decided to limit it to 4.  I thought I would share some of the cards I pulled from the packs.

First up the Giants I pulled: 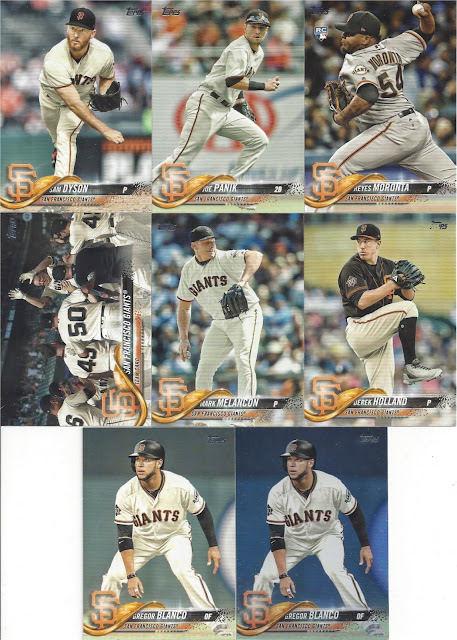 Not too bad, I pulled 7 of the 12 base Giants from the set.  I jumped on eBay and Sportlots and picked up all but 1 of the Gold parallels and all but 5 of the Rainbow parallels, unfortunately Blanco was one I already picked up. 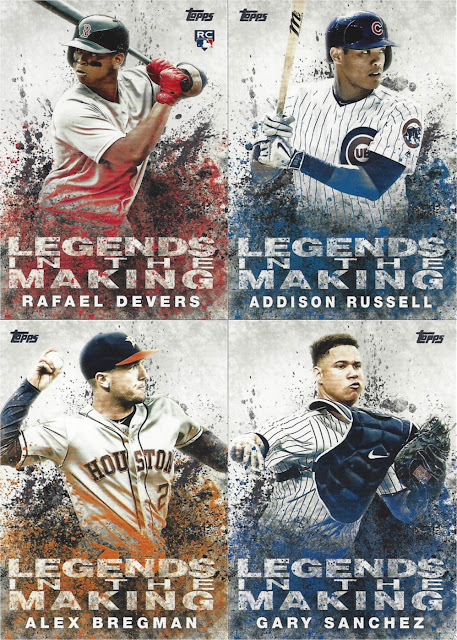 My master set I picked up was only the hobby inserts so these 4 Legends of the Making cards are needs, I put together this insert set for Series 1 and plan to do the same for Series 2.  If you have some available, let me know. 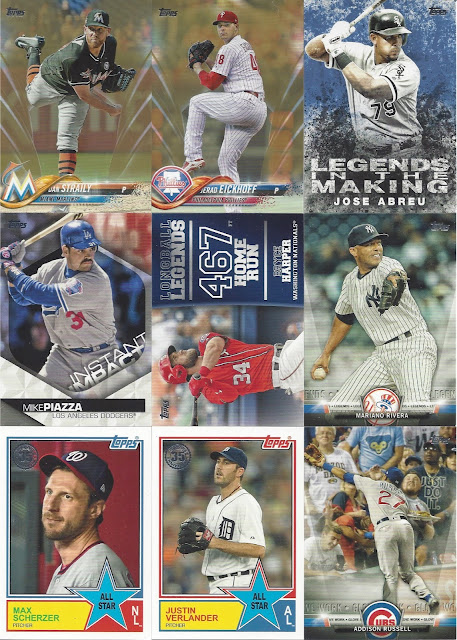 Here are the rest of the parallels and inserts.  I like the 83 All Star inserts and like the idea of the Longball Legends. 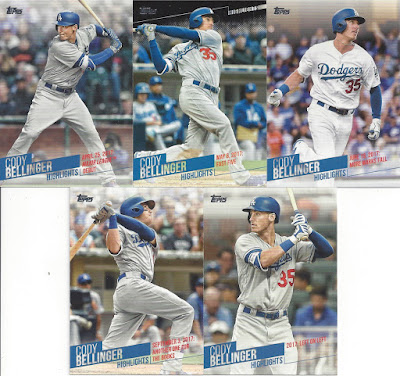 These are extremely useless cards for my collection.  I think I owe Night Owl some cards so I will package these along with the other Dodgers I picked up and shoot them his way where they will be appreciated. 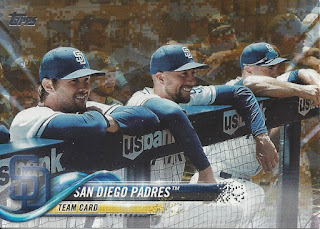 This is a pretty cool looking Camo parallel, just wish it was a more exciting card.  It is serial numbered 01/25.  I will probably put it up on Sportlots and see if there is a Padres fan out there who will enjoy it. 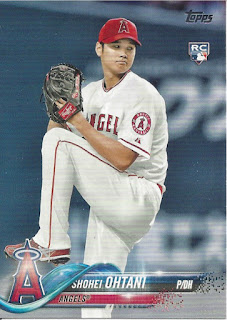 Finally, I guess this is the prize of the packs, the guy driving the local shortage of Series 2, none other than Shohei Ohtani.  I was really enjoy watching and following him so his injury was a bummer.  Last I heard he was planning on coming back to hit this year.

I hope to get back in the blogging routine again soon. Happy Collecting.