I am still working on a goal from last year but despite the delay this was a very satisfying goal to complete.  Look what I just picked up: 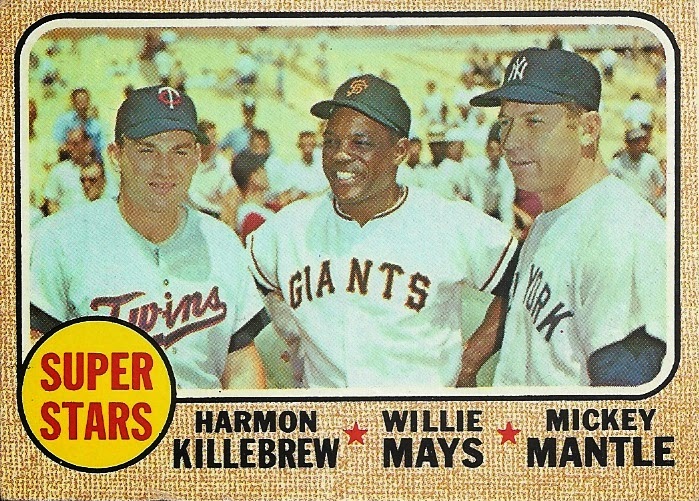 Isn't it a beauty?  Three of the best of the 1960s featured on one card.  To me this is one of the best Topps combo cards ever.  I have needed this card to complete my Giants team set for several months now.  I went as far as having a daily email notification sent to me with newly listed auctions. This one came up with a reasonable Buy It Now and is in pretty nice condition so I pounced.

As I have been doing after completing a team set, here is the entire set in all its glory: 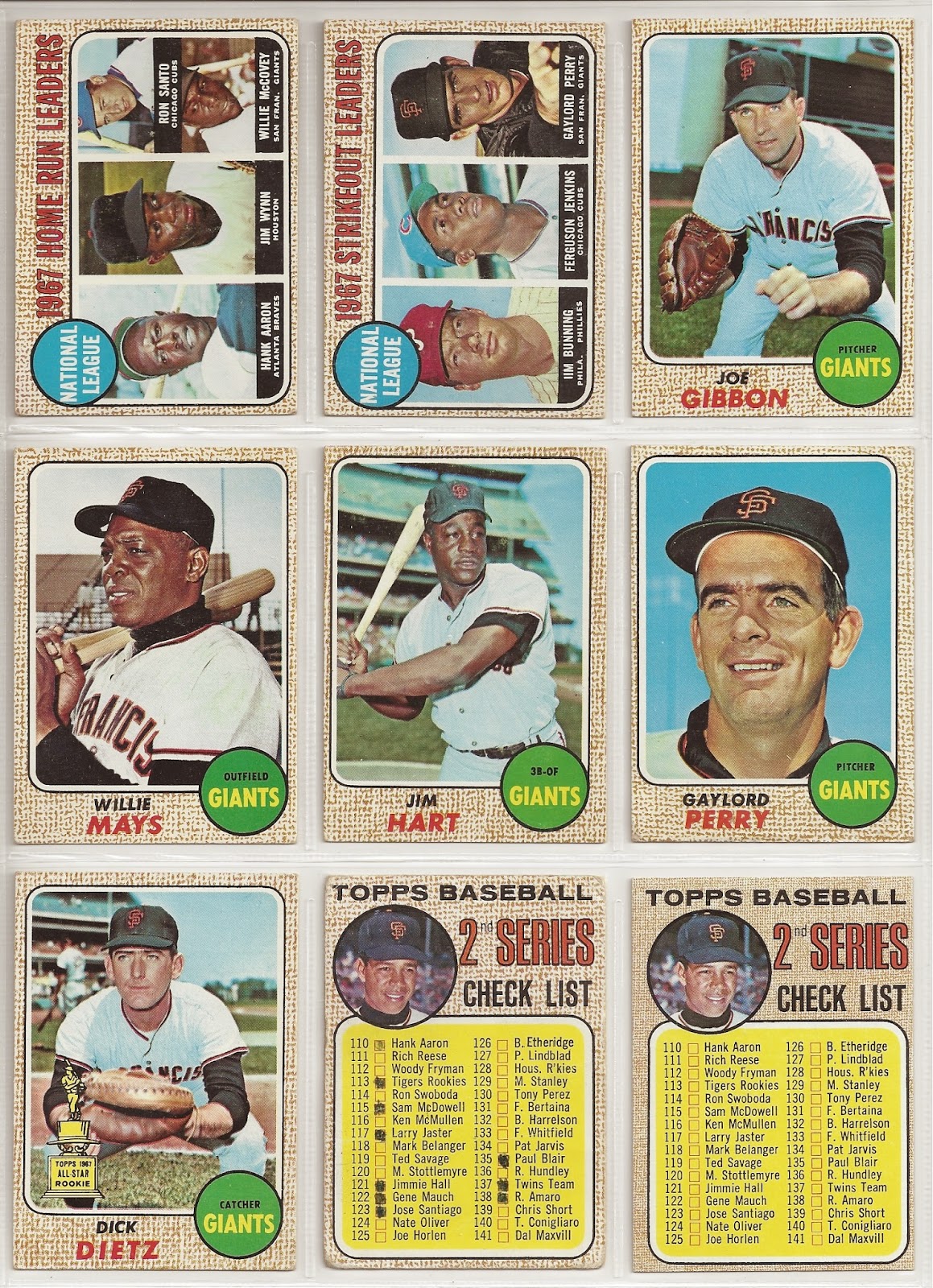 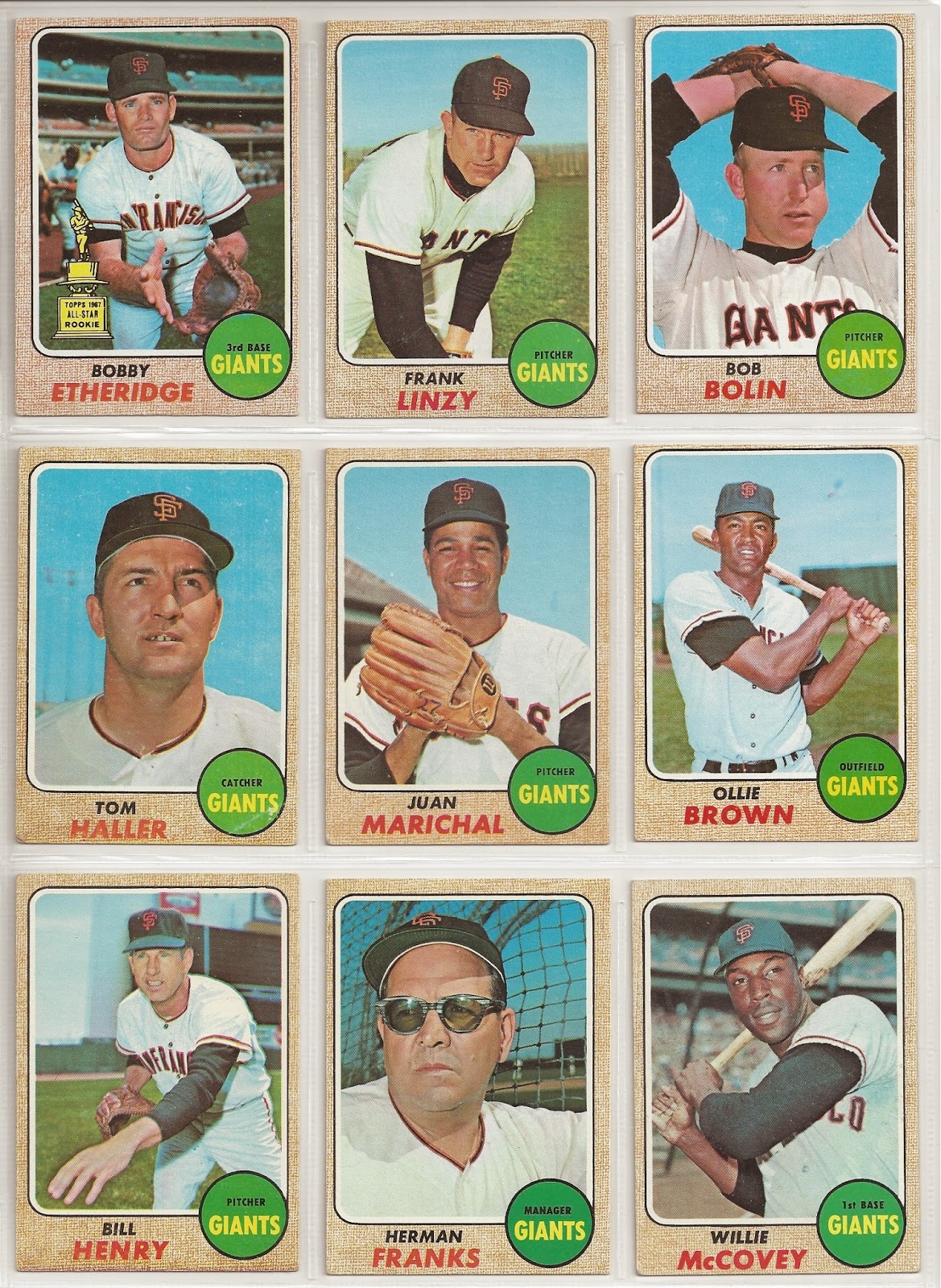 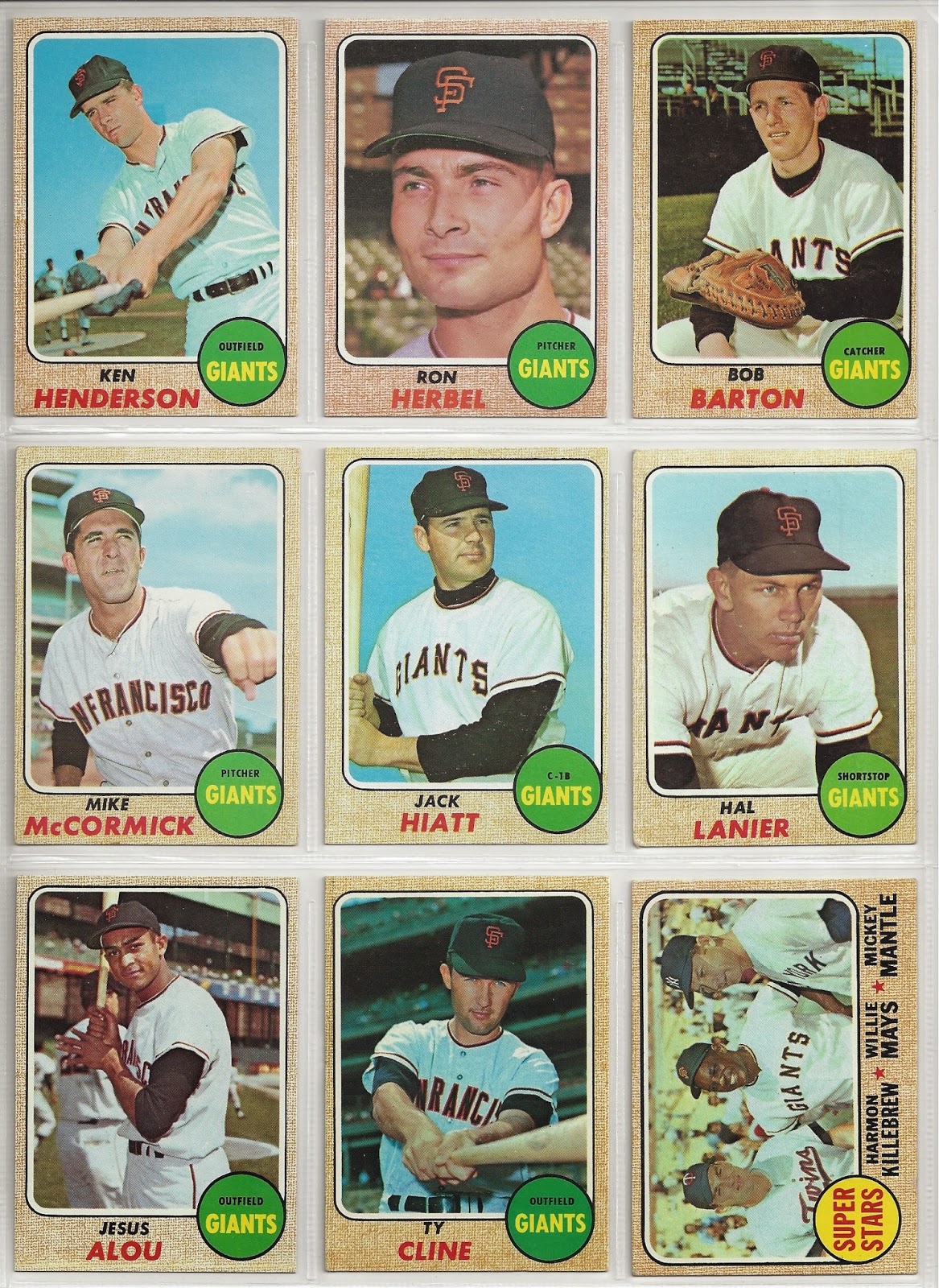 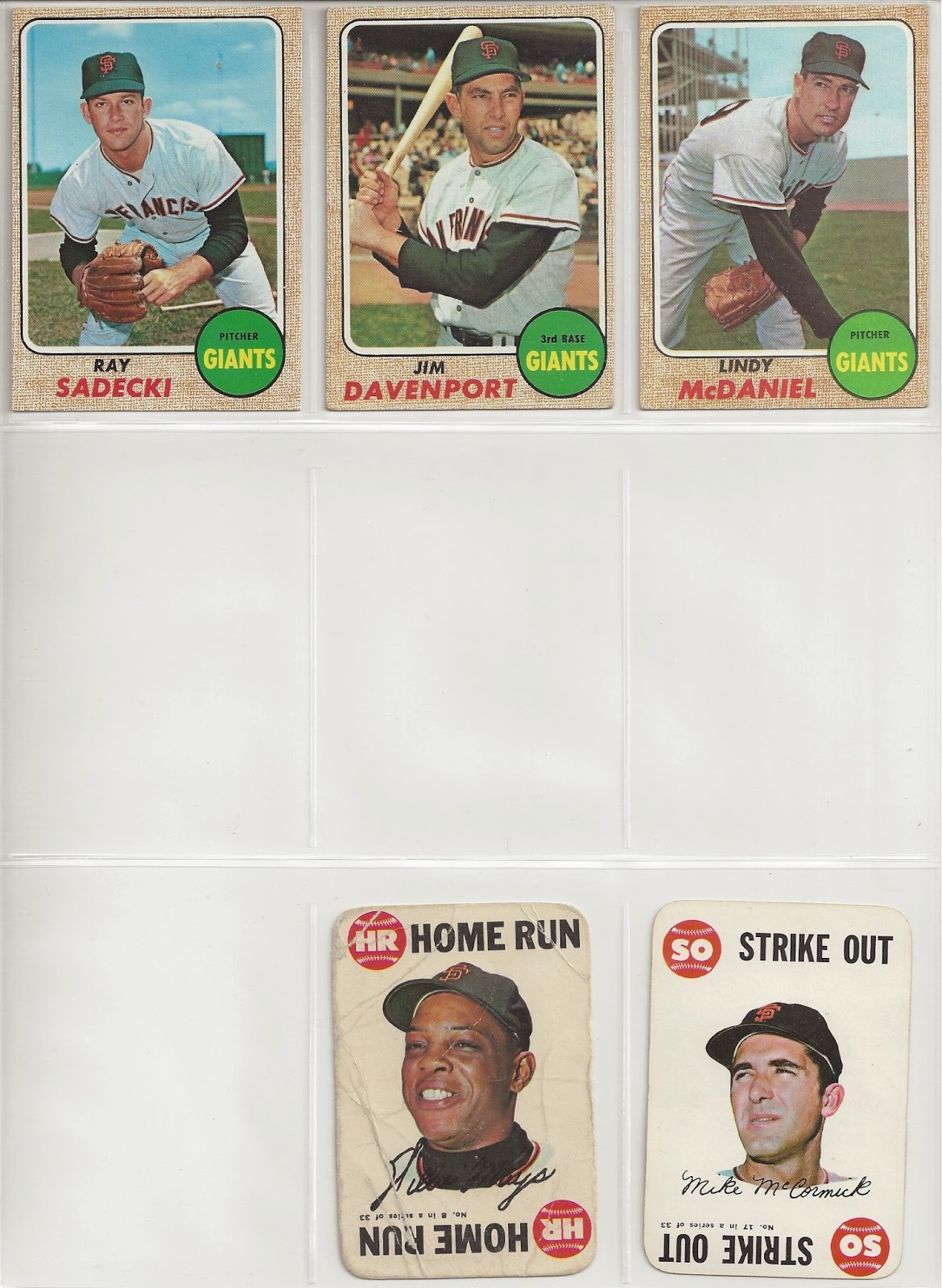 A great looking team set with a couple leaders cards, a checklist with 2 varieties, a bunch of Hall of Famers and that amazing combo card.  I also kept the two Giants from the 1968 Topps Game in the scan as well.

I am still looking daily for that Perry card and once that is in my possession I will try and knock off that 1961 set.
Posted by arpsmith at 9:02 AM