I have added my 4th new HOF Baseball auto to my collection with a 2014 Panini Hall of Fame Auto of former executive Pat Gillick.  Gillick served in the front office of the Blue Jays, Orioles, Mariners and Phillies and won World Series titles with the Jays and Phils.  He was elected to the Hall of Fame as part of the 2011 class along with Roberto Alomar and Bert Blyleven. 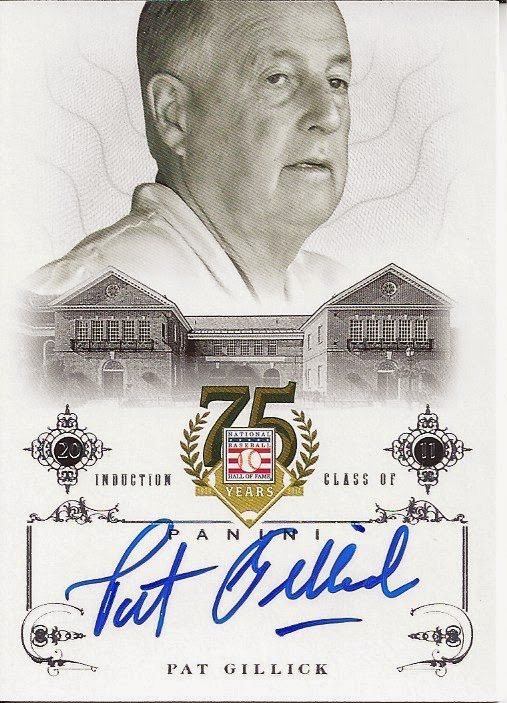 I have to admit that this wasn't a pickup that generated a huge deal of excitement for me, it was just knocking a name of the checklist and helping me reach my goal.  I do like the design of these cards from Panini and wouldn't mind picking a few more up. 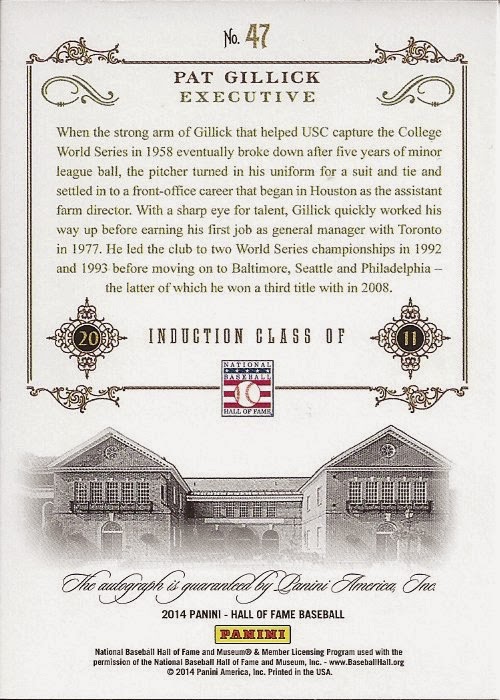 When I turned over the card, I got a little more excited after reading the write up.  Gillick was a pitcher at my alma mater and helped lead them to the 1958 College World Series championship.  While I have a big USC football collection and a moderate USC basketball collection, I have never taken the plunge on a former Trojan as a baseball player collection.  There are tons to choose from in Randy Johnson, Mark McGwire, Tom Seaver, Fred Lynn, Bret Boone, Aaron Boone, Geoff Jenkins, Mark Prior and a bunch of others. Freddy Lynn is probably the closest I have come but I am really happy to have discovered that this former Trojan is a HOFer.
Posted by arpsmith at 11:32 PM