The Joy of a Completed Team Set - 1996 Flair Giants

Every so often I go on a streak of trying to pick up Giants base cards to fill in gaps in my collection.  I recently made a list of almost 700 base cards I need from 1990-2019 and decided if I could whittle down the list.  I used some of my Sportlots credit from May sales to buy some cards.  Singles there can be as low as 18 cents and many sellers offer free or very low shipping if you use their Box feature.  With Box, Sportlots collects all your orders and sends them at one time in a flat rate shipping box.  I have found this saves quite a bit on shipping and it is my default way to get lower valued singles.

In reviewing my want list of base cards, I noticed I needed 7 of the 13 Giants in the 1996 Flair set.  At this point in my Giants collecting journey, it is rare to need that high of a percentage of normal base cards from a fairly common set.  I did a search on Sportlots and found that there were under 10 cards of each Giant available and the only copy of the Bonds card was for sale for $100.

I still needed the Bonds so Sportlot was no longer an option.  I hit up eBay and found a team set for a reasonable price and grabbed it.

Here is the Bonds, front and back: 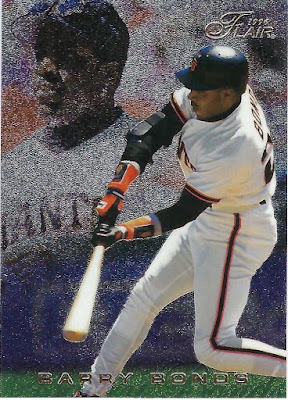 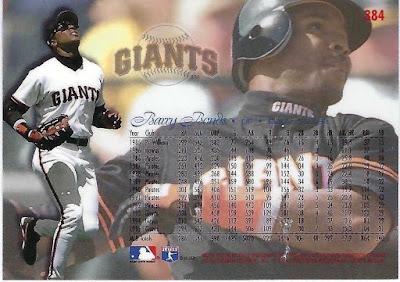 I really enjoy the design of these cards, each on features 4 photos, 2 each on the front and back.  The fronts are silver etched foil with the names in gold.  There are gold etched foil parallels with silver names as well - I think I have about half of each.  The stats are fairly hard to read depending on the photo on the background but these cards are all about the photos.

Here is the rest of the team set in all its glory: 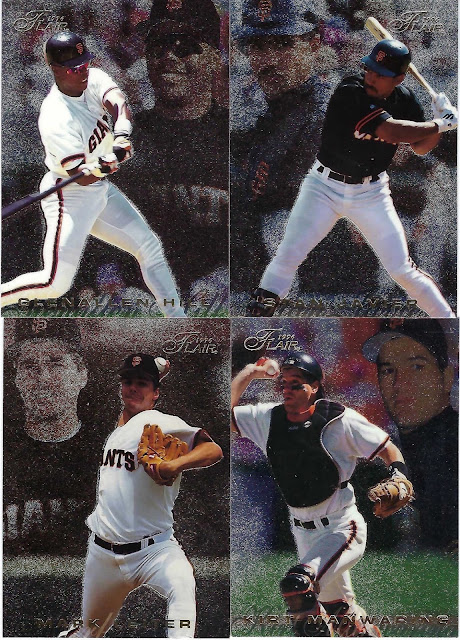 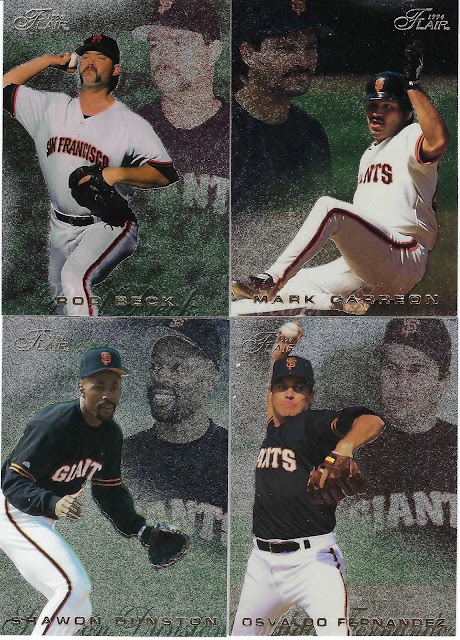 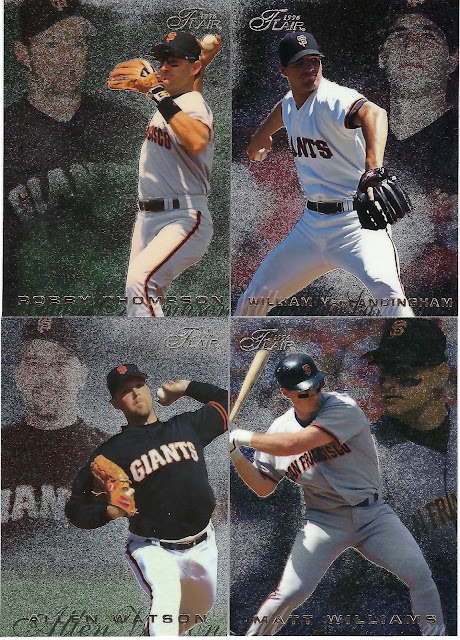 The Flair set was put out from 1993-1996 so this completes my Giants run which is pretty cool.  In 1997 the switched to Flair Showcase which got a little complicated with different "rows" of cards that were parallels.  This went on through 1999.  I have all the Row 2 Giants cards which seem to be the base level but need a few of the other rows if I want the full Giants run there.  Flair was back from 2002-2005 (I have that Giants run as well), the back to Flair Showcase in 2006 then the brand ended.  I still need 4 of the 2006 variety to complete my Flair run and those are on my lengthy base card list.