My favorite player of all time is Hall of Famer Willie McCovey.  I have amassed a collection of over 1200 different  McCovey cards since I started collecting him in the late 1980s.  I will show off one of my favorite cards every Monday.  Stretch was one of the most feared hitters of all time and I am excited to show off my collection.

Wow, it has been 2 months since I have done a McCovey Monday post.  It's not like I lack cards of his to share but I will say the 2015 collecting season has been fairly McCovey lite.  Per Beckett he has only 53 cards so far this year.  Sixteen of those are 1/1s and 7 others have print runs at 15 or less.  I guess I have been too lazy to pull out the binders and share some pre-blog pick ups and today is no different.  However I have a nice rainbow of cards to show from 2015 Topps Archives. 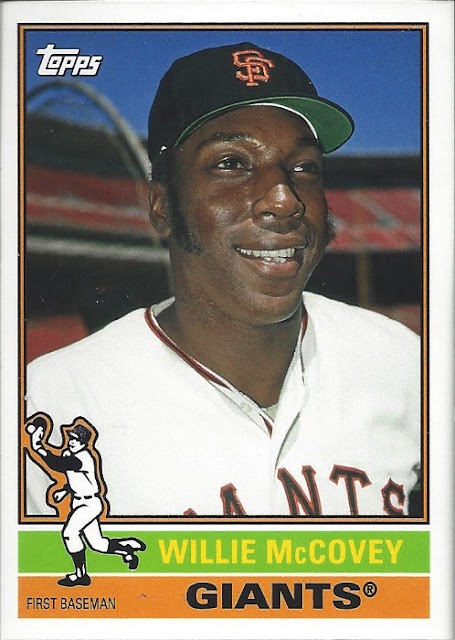 First up is the base card, luckily Willie Mac wasn't one of those dreaded short prints.  I like this portrait photo primarily as it showcases Candlestick Park in the background, the Giants stadium of my youth.  It brings back memories of terrible baseball in miserable weather conditions - but I loved every minute of it. 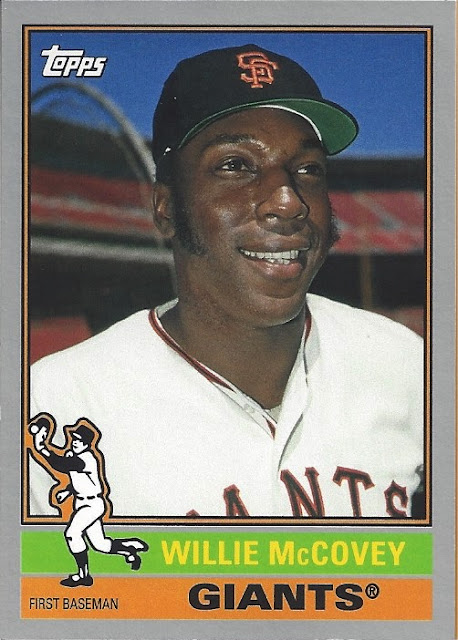 Here is the silver parallel, numbered 161/199.  They call it silver but it looks much more like gray to me.  Having a different color border with this card design seems to work out pretty well and I like that they included the coloring around the box containing his name. 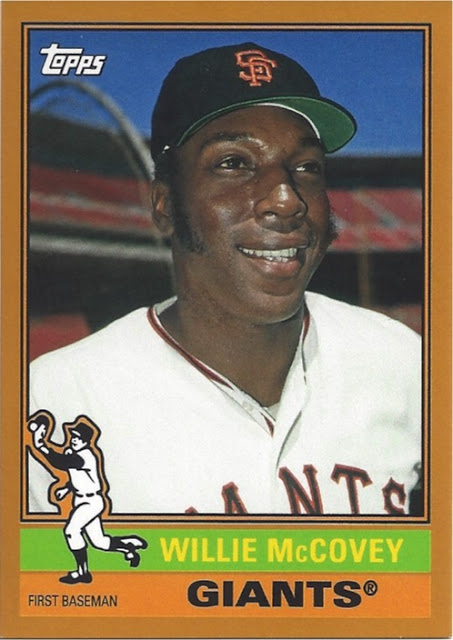 Finally the gold version, this one is numbered 17/50.  My only desire on this card would have been making the cartoon version of the first baseman a lefty to match McCovey.  Probably a little nit-picky but it would have been a nice little touch.

Finally, here are all 3 cards together, a nice simple and not too hard to track down rainbow of my favorite player.  Time to get out the binders and find something cool to share next week.  Have a great Monday.
Posted by arpsmith at 8:41 AM