I have shared a few of my Dave Parker pick ups and always explain that his greatness as a player when I was young coupled with my love of the late 70s and early 80s uniforms drew me to collect him.  Today I decided to clean out my scan folder and overwhelm anyone brave enough to check out this post with a lot of Pirate Uniform Greatness.  You have been forewarned... 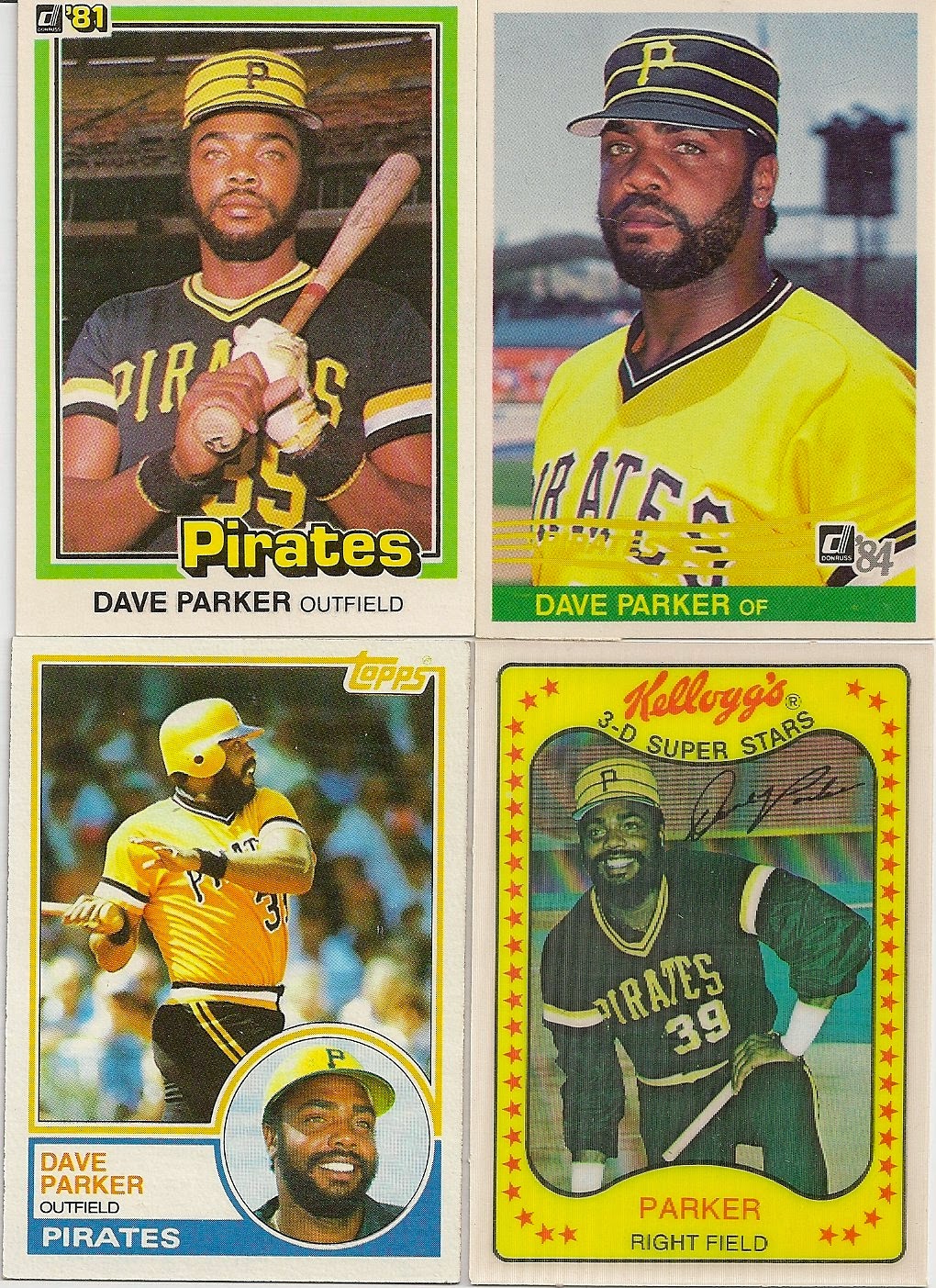 These are some cards I picked up quite a while back out of the LCS quarter bin right when I started collecting Parker.  These cards show off a couple of the Pirates uniform combinations, I think my favorite is the black hat, yellow jersey and black pants.  These are all cards that reside in sets I build in my youth and they now have a place in my Parker collection. 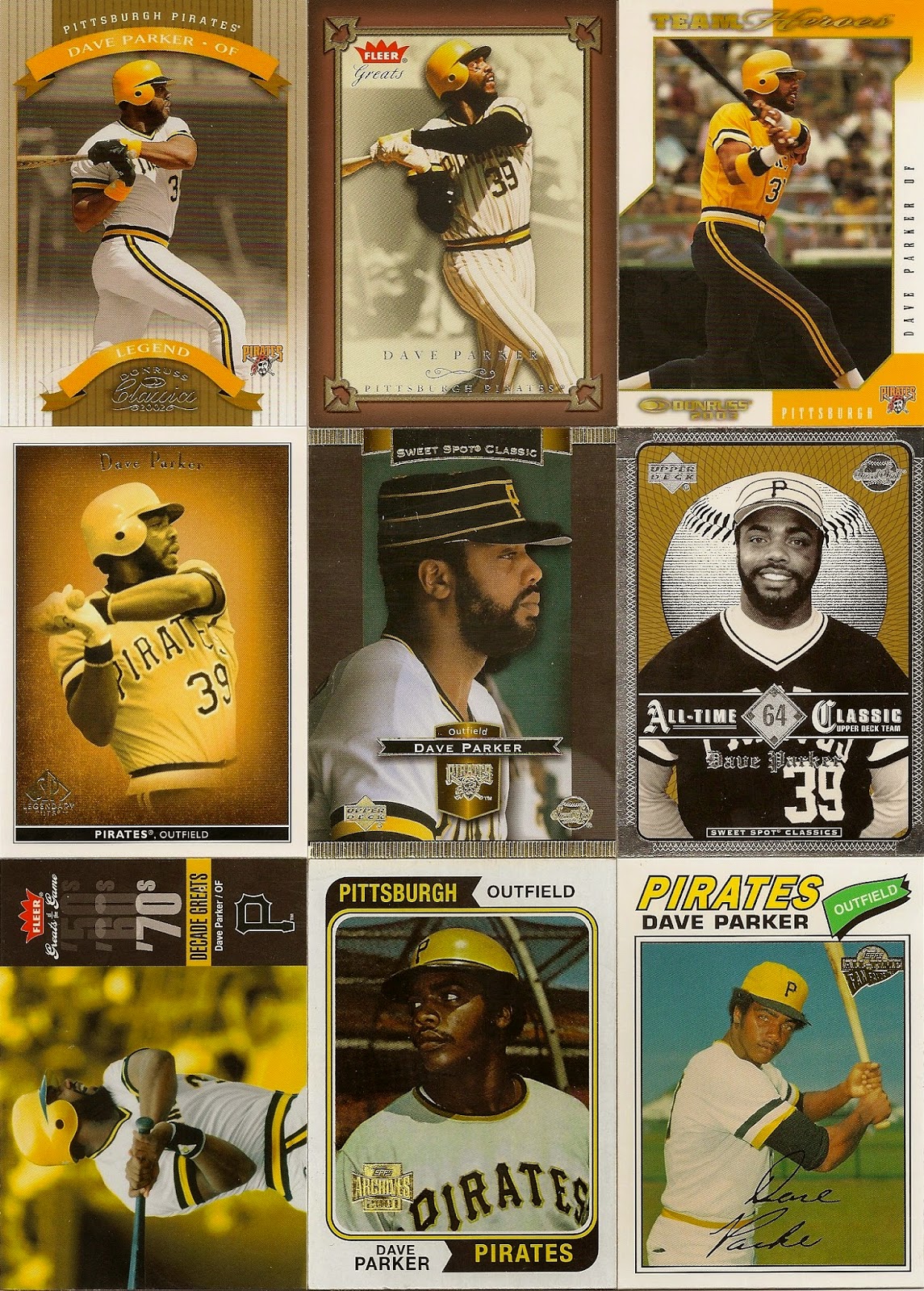 These aren't cards of my youth but came out of the same quarter box..  They are all newer releases after Parker's playing days.  There are even more uniforms with the all white making an appearance along with a pinstriped version.  We also see a yellow hat with a black bill in a traditional style.  All of these are great looking cards. 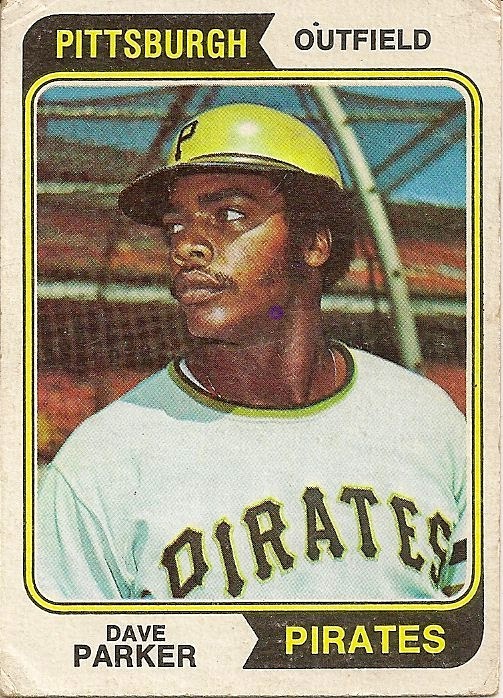 This is The Cobra's rookie card and I picked this one up in the dollar bin.  It isn't in the best of shape but it is just fine with me.  I would really like to pick up the OPC version of this some day but they aren't out there too much and cost a pretty penny. 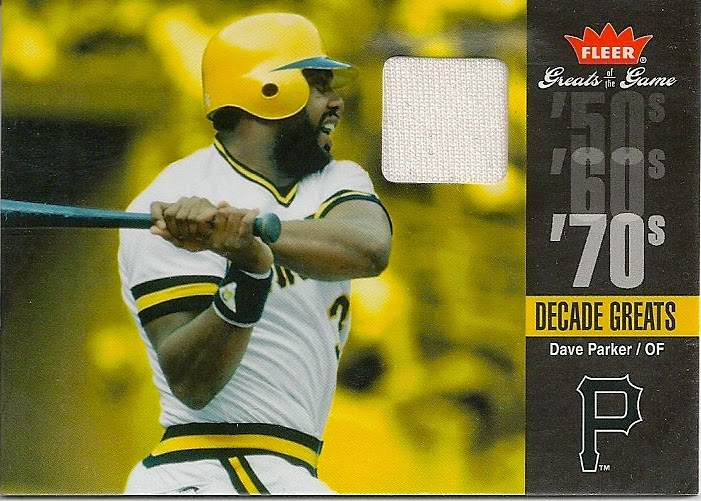 I have also picked up a few relics, this one out of Greats of the Game.  I like this Decade Greats set and have thought about going after this relic set.  I have never tried putting a set of hits together and with all my other collecting interests, suspect it will always be an unfulfilled temptation.  I think this was a $3 or $4 card from the same LCS visit as the cards above. 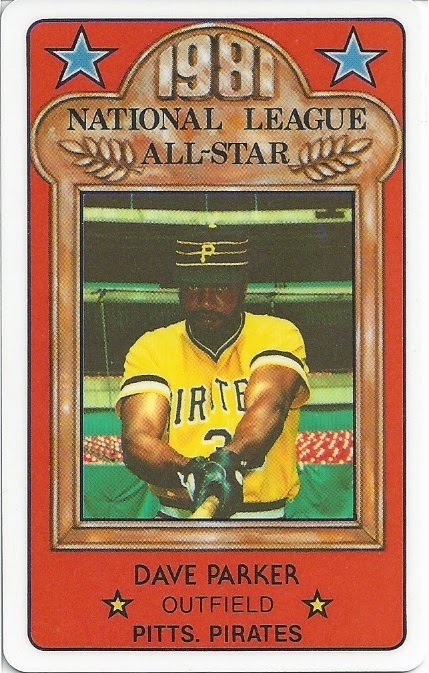 This is a new pickup off of eBay.  It is a Permagraphics All-Star card and it is somewhat like a credit card. I was infatuated with these when I was collecting in the mid 80s.  I have several in my Henderson, Winfield and Jackson collections and also believe I have a few Jim Rices around from when I dabbled with collecting him.  Check out the back: 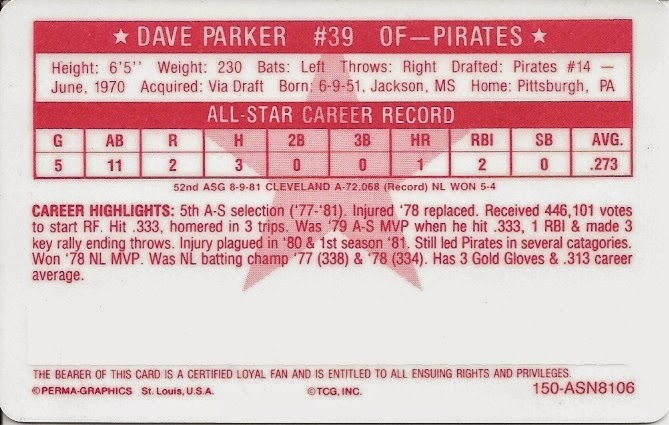 With this being the All Star version, you get the players All-Star stats and some Career Highlights.  I would say that at the point this card was printed, many suspected Dave was on his way to the HOF.  I always thought it would be cool to get a player to sign the back. 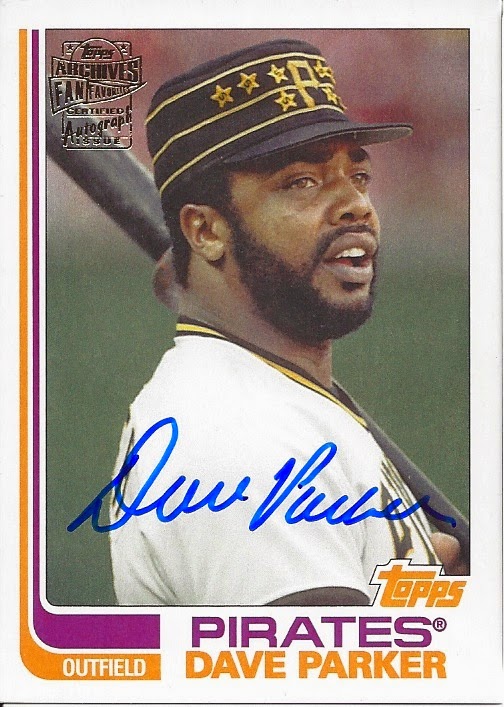 Speaking of signatures, this is my newest pick up, a 2014 Topps Archives Fan Favorite auto of Dave Parker in the 1982 Topps design.  While this isn't as great as the card from last year, it is still mighty nice.  Check out the cool stars that Dave earned from Willie Stargell for some great plays.

I love the Giants but it is fun going after cards from another team.  I am still very happy with my choice to collect Dave Parker.
Posted by arpsmith at 5:28 PM