Back in 2012 and 2013 I had set a goal to complete my 1961 and 1963 Fleer Giants team sets.  I recently shared my 1963 set completion, if you missed it check it out.  That tough Mays acquisition inspired me to try and finish off the 1961 set and I have now achieved that goal.  Here are the final 3 cards I needed to complete the set.

This Hughie Critz card was actually acquired over 2 years ago back when this set was one of my annual goals.  I had never showed it and it was still in my scanned folder so I figured I would include it here.  Critz had a 12 year career with the Reds and Giants.  He was a .268 career hitter and was runner up in the MVP race in 1926. 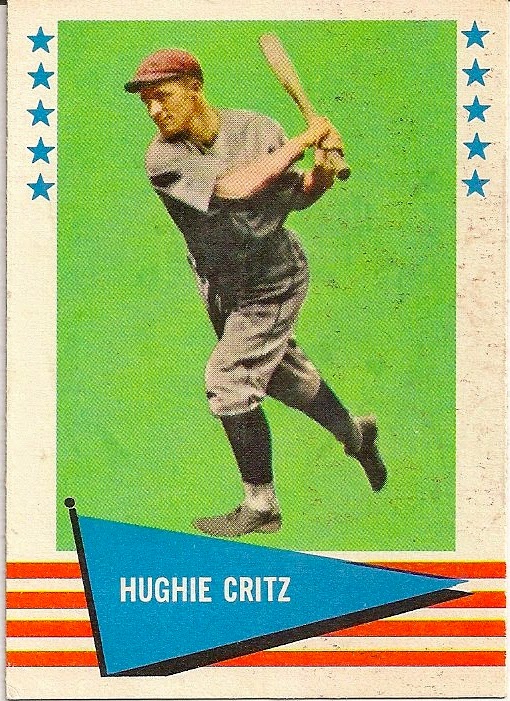 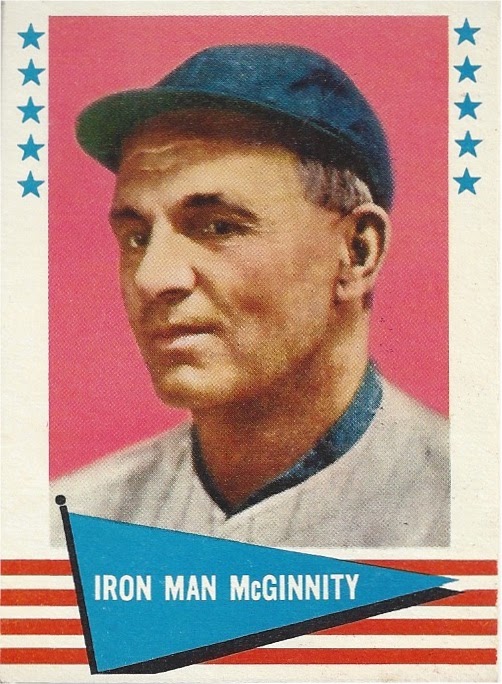 The final card is also a Giants HOFer, Ross Youngs.  He played his entire 10 year career with the Giants in the teens and twenties and was a lifetime .322 hitter.  This card proved challenging to obtain as it was the last card in the set.  There were times I did eBay searched and none of these came up, regardless of condition.  When this one popped up with a reasonable buy it now, I jumped and now have a great completed vintage team set. 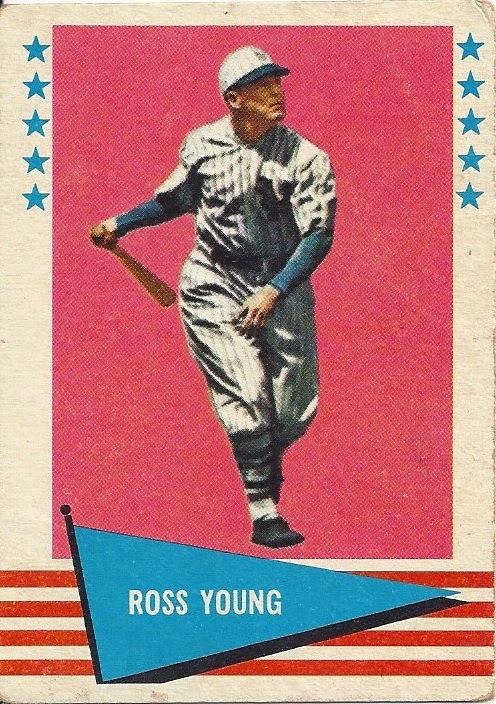 Here is the entire team set with a bonus Fleer Team Pennant Decal.  Lots of star and HOF power in this team set.  Enjoy. 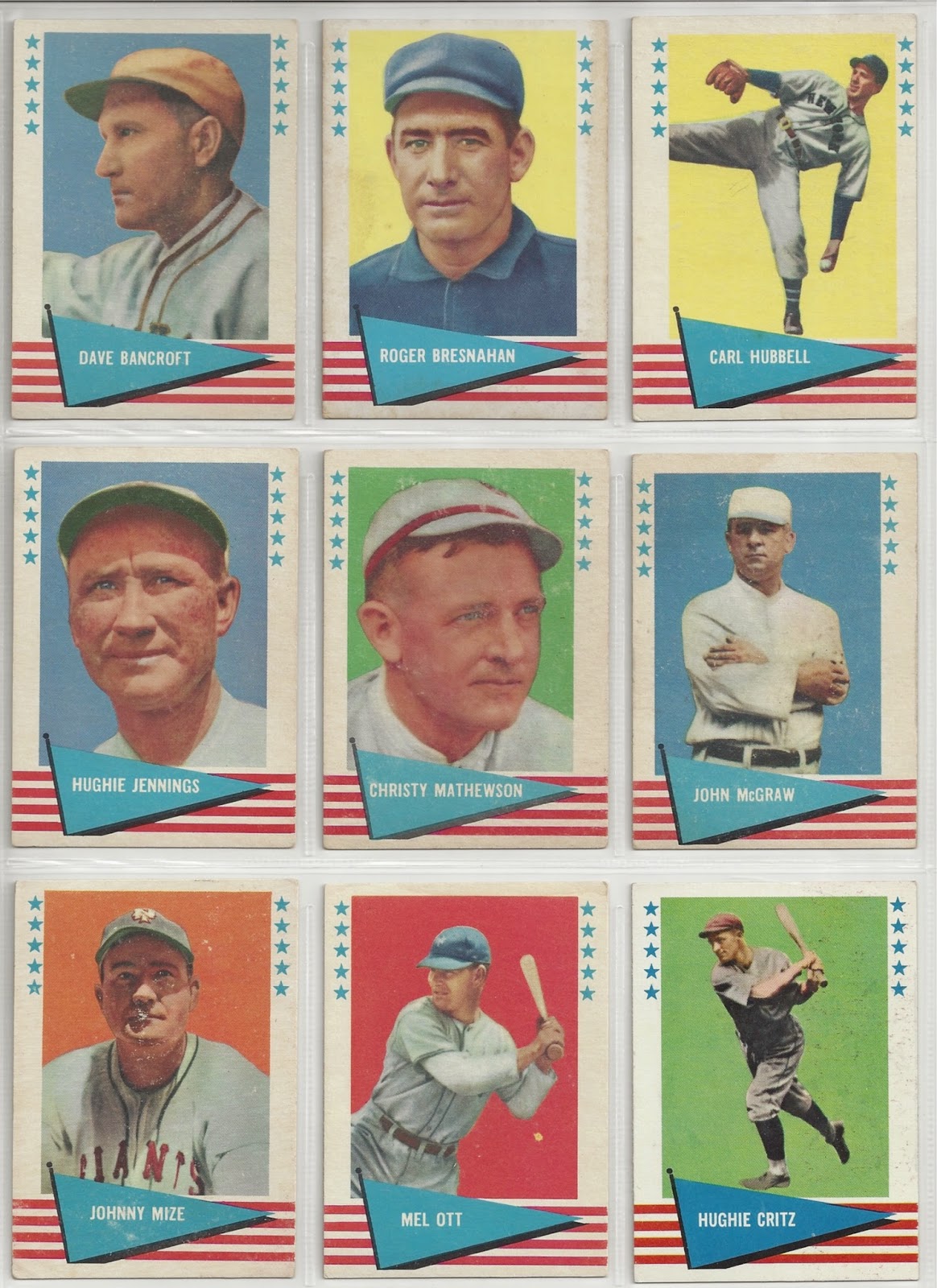 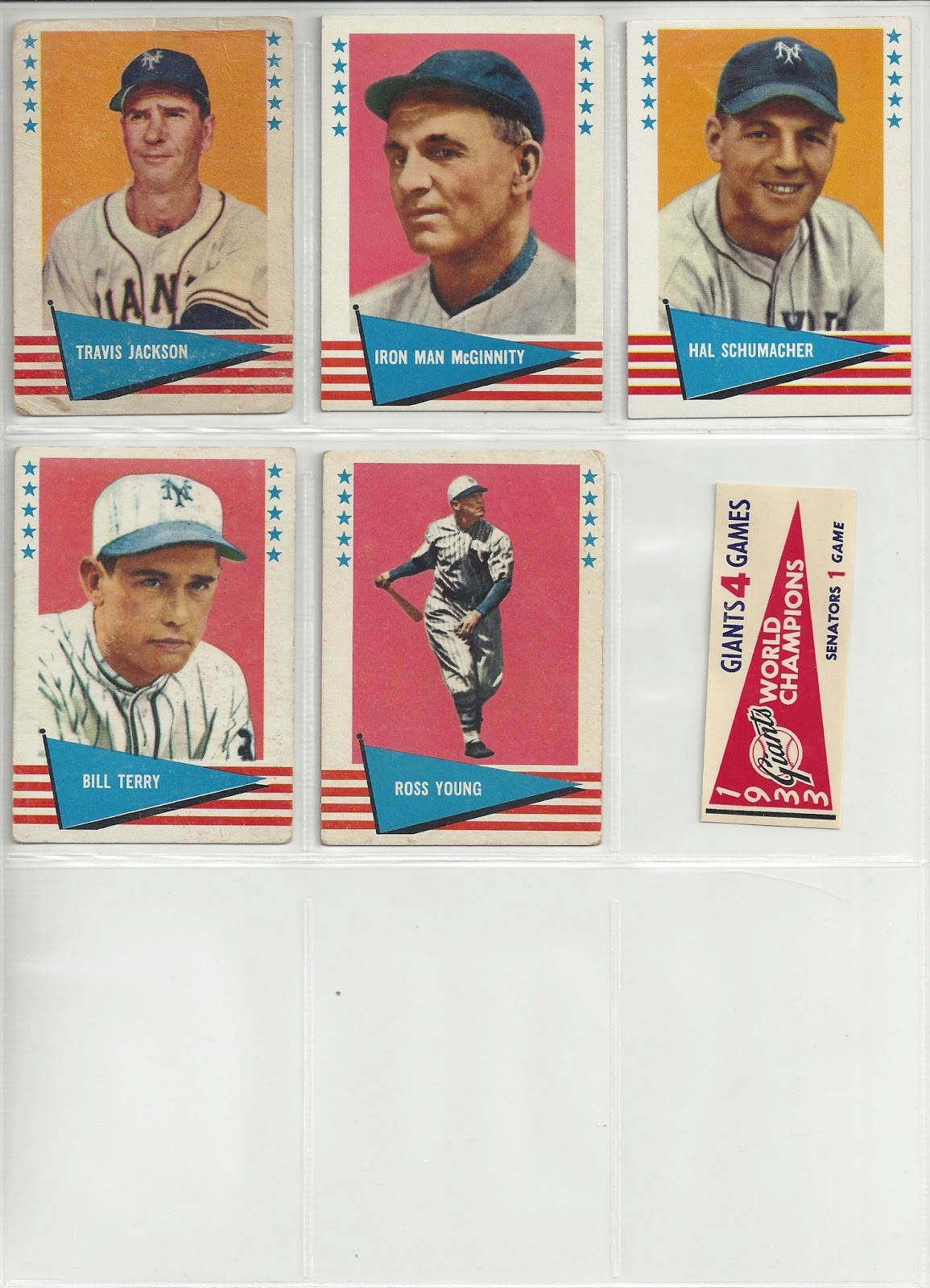 Email ThisBlogThis!Share to TwitterShare to FacebookShare to Pinterest
Labels: 1961 Fleer