Last year I finished off my 1970 Topps set leaving me just the 1971 and 1972 Topps sets to pursue to finish off the run from 1970 to present.  I set goals at the beginning of the year to add at least 100 cards of each set to my collection by the end of 2016 including finishing off some early series (in the case of 1971 - Series 1-2, in the case of 1972 - Series 1-4).  I recently got some help from my friend Jim, aka mrhaverkamp.  Unfortunately we weren't able to connect on his trip to Southern California over the holidays and unfortunately his Wisconsin Badgers beat my USC Trojans in the Holiday Bowl.  Fortunately Jim shot me some help to one of the set collecting goals, a nice stack of needed 1971 Topps cards. 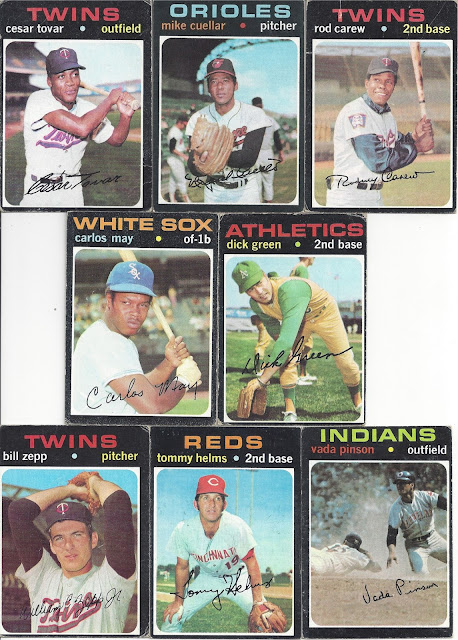 I nice group here include HOFer Rod Carew.  The Cuellar card is cool with the players in the background and the perspective of the stadium overhang in the background.  You have to like the post slide dust cloud on Vada Pinson's card. 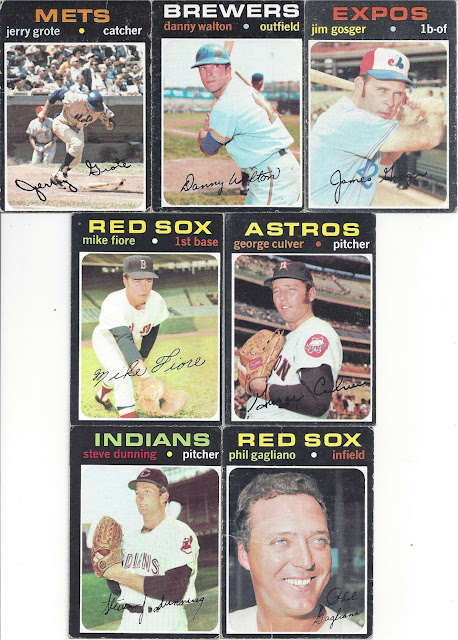 I am subscribed to a weekly email from the Baseball HOF and they started a series where people who work at the HOF talk about a card from their childhood.  Not too far back someone shared this Jerry Grote card.  I think it was the first time I had seen it.  There were some good stories about Grote as well.  One of the cool things about collecting this set is that I do get cards that I don't recall seeing before which is really cool. 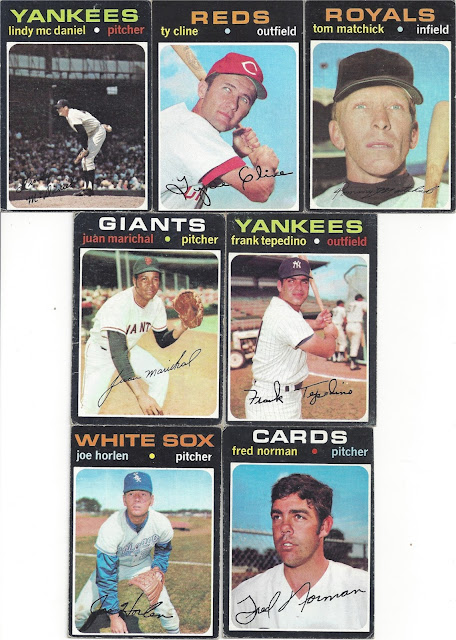 Another HOFer in Giant Juan Marichal. I of course have this card in my Giants binder but needed another for the set.  I really like shots like Tepdeino's card with guys hanging around the batting cage and this card even features a tractor in the background. 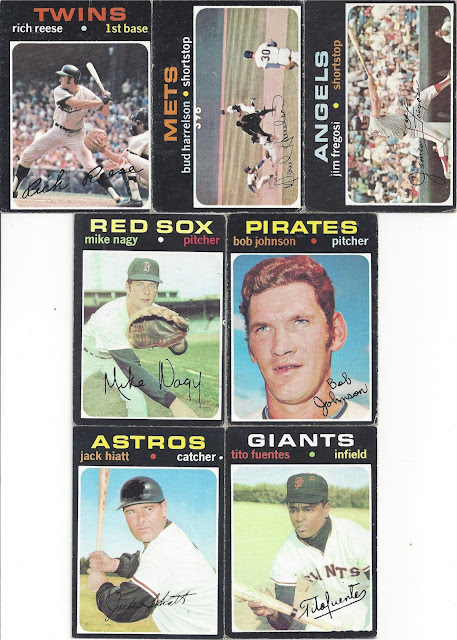 Here are the last of the 29 cards Jim sent my way.  I am not sure if it is because they are relatively uncommon or if it is the actual pictures but the action shots like all 3 across the top in this 1971 Topps set are some of my favorite in my entire collection. 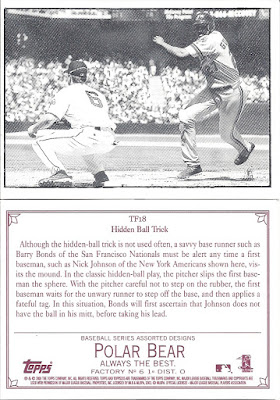 Jim also included a couple Giants tri-fold cards.  The action shot with JT Snow and Vlad Guerrero is pretty sweet.  I didn't crack the Nick Johnson, Barry Bonds card as I was afraid I would mess up the card.   There is some kind of glue holding down the flaps.

I also got a note with a bit of advice:

After getting this note I did some thinking and research on the two sets.  I was also able to pick up a big lot of 98 1971 Topps cards that were all from Series 3 and 4 of which 59 were new to my collection.  With these 2 pickups the new 100 cards is only 22 cards away and gives me 607/752 cards (80.7%) with Nolan Ryan, Willie Mays and Roberto Clemente still needed.

I think Jim's advice is wise.  I may still go after the 37 cards I need for the first 4 series (this includes some big cards in Clemente, Bench and Fisk RC) but wait and hope I can locate some kind of source for those last 2 series after putting my 1971 set to rest.  It seems like 1969 Topps might even be easier than the 1972 beast.

As always Jim, thanks for the great cards and the set help. I also appreciate the advice.
Posted by arpsmith at 4:19 PM