If you stumbled upon my first Secret Santa post, you may remember that my Secret Santa, Mark Hoyle, sent my original package to an old address and, once he realized his mistake had a second awesome package on the way.  Well the first package arrived a few days back and I must have been a really good boy in 2017 because Santa set me up.

Here are the goods:

My 49er collection had been somewhat dormant during the 2nd half of the year but this package re-energized me.  Due to these new cards, I decided to set one of my more aggressive 2018 collection goals around the Niners looking to add 48 new vintage cards (1950-1979) and also get the set organized and put into a binder.  It is going to be lots of fun, I really enjoy the old football designs.

This package also inspired another 2018 collection goal.  I realized there were quite a few vintage Giants cards that I needed that could be found for an affordable price.  I decided to set a goal to collect 20 NY Giants era cards (pre-1958) to my collection in 2018.  These were the two cards that woke me up and helped me add this as a focus: 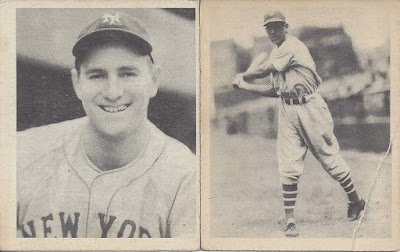 Two awesome 1939 Play Ball Giants!  Wow.  But the fun didn't end there.  I would have been excited and more than satisfied with the 49er cards.  Add in these Giants and I was feeling great.  However, there were two pieces of cardboard in the package.  I originally thought they were only to give the package some rigidity so it wouldn't bend but in between the cardboard was this: 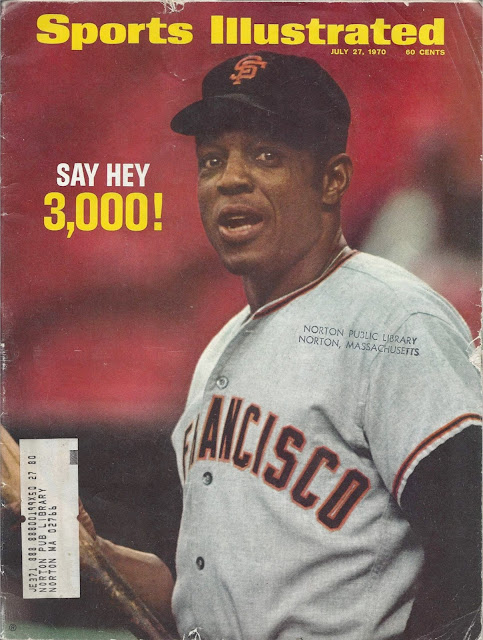 This is a killer Sports Illustrated from about 8 months before I was born celebrating Willie Mays reaching the 3000 hit milestone.  Something I enjoy doing but don't do often enough is take a look at old magazines.  The collection I bought has a nice stack of 1970s era Baseball Digest and a bunch of old Tuff Stuff & Beckett price guides.  I am looking forward to looking through those and have already enjoyed a couple of the articles in this magazine.

The fun didn't end there.  There was one last item that fits right into a collection I don't talk much about.  I have a couple bookcases in my upstairs hall filled with sports related books. I like to read and I like sports so it makes sense.  Mark somehow tracked down this book and sent it my way: 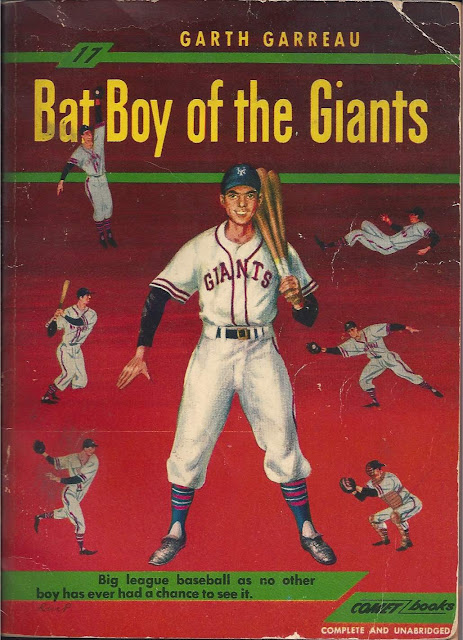 I have read the first few pages and I believe it is a true story about a guy who becomes the NY Giants bat boy.  It was published in 1948 with this paperback edition coming out in 1949.  I have never seen this book and am so excited to get it.  Mark, I can't tell you how much I appreciate these gifts, they are such great additions to my collection.  Thank you!